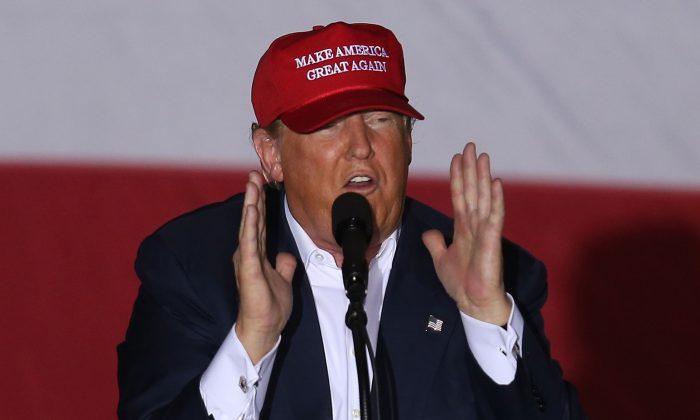 Poll: Majority of Republicans Are Satisfied With Trump as the Nominee Against Clinton

It’s the closest the frontrunner has gotten to a majority in any poll.

Fifty-two percent of voters were satisfied with Trump going up against Hillary Clinton in the general election.

Other results of the poll find 57 percent say Trump should win with a plurality.

A majority of support is crucial for Trump, who needs to secure 1,237 delegates to prevent a contested convention, which could block his nomination.

The poll was conducted online between March 21–27, with a sample of 6,521 adults, including 5,741 registered voters, and carried a margin of error of plus or minus 1.7 percentage points.

In other results, 57 percent of respondents say Trump should win the nomination as long as he has more delegates than Ted Cruz.

Trump’s 48 percent in the national poll reflects his current delegate count, which has him at 736 delegates out of the combined 1,513 delegates between Trump, Cruz, Kasich, and Rubio.

Republicans are set to vote at the next primary in Wisconsin on April 5.