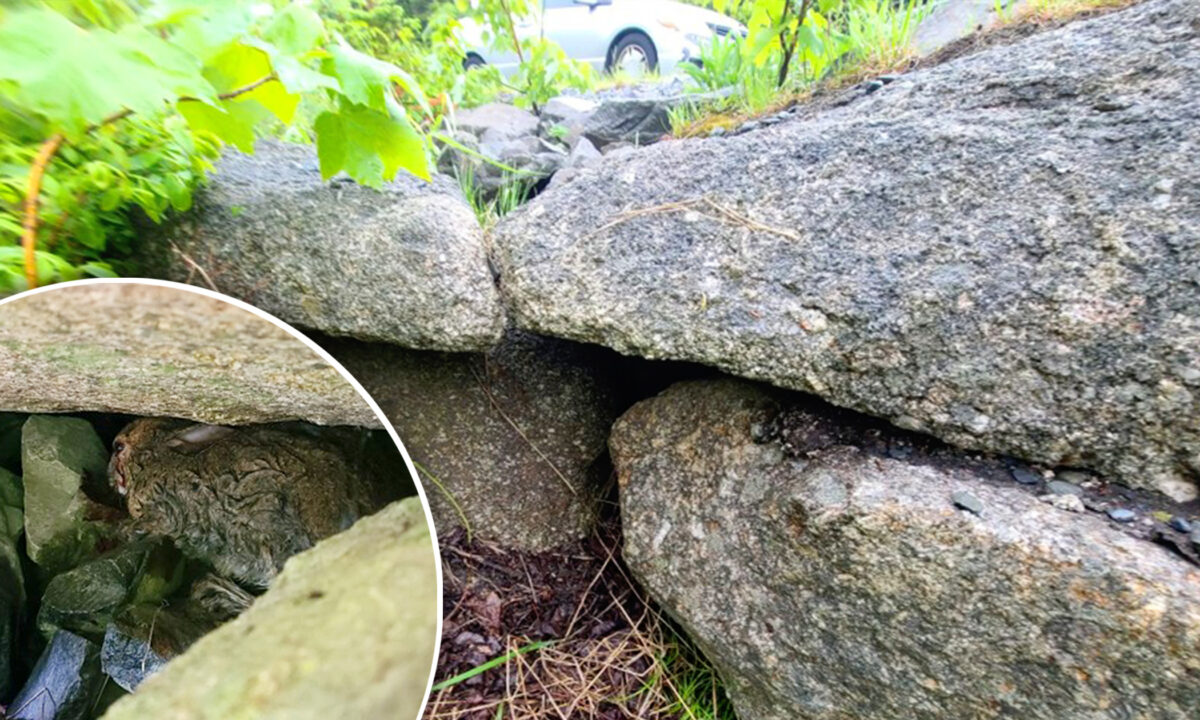 ‘A Happy Ending’: Woman Spots Wild Rabbit Hit by Car in the Middle of the Road, Stops and Saves His Life

When a woman from Nova Scotia, Canada, was driving to work and saw an injured rabbit in the middle of the road, she couldn’t bear the thought of leaving him to perish, thus she circled back. What then followed was a complicated rescue and a life saved.

Jessica Dawn Fekeshazy, 30, was driving along Prospect Road in Halifax at 7.25 a.m. on June 10 when she noticed the rabbit.

“I see roadkill on the sides and middle of the road all the time, but this time was different because the bunny was still alive!” Jessica told The Epoch Times. “Traffic was coming and going … I didn’t even think twice, so I passed by him, then turned into the very next driveway and drove back to a gated gravel road.”

Seeing the helpless rabbit in the middle of the road, Jessica was “heartbroken.”

“I was scared that he would possibly not survive; the extent of his injuries was unknown to me at the time,” Jessica said.

Jessica, a mother and warehouse worker for Sherlock Clothing Ltd., slowly approached the rabbit and saw that it was stunned and confused. His back legs were laying flat and seemed broken, and he was “flip-flopping” back and forth, barely mobile.

Jessica ran back to her car and retrieved a sock and a mitten to serve as makeshift gloves. To a passing truck and trailer, she hailed, “I’m saving this animal!” and the driver swiftly dodged the rabbit in the road.

“I slowly approach this bunny, all the while talking to him saying, ‘I’m here to help, you’re going to be okay,'” said Jessica.
She then picked up the bunny and quickly brought him back to the spot where she’d parked her car.

“I didn’t have anything to put him in to keep him safe,” Jessica said. “He was covered in ticks and I didn’t know his condition, so I didn’t want to just put him somewhere in my car; I put him down close to my car.”

Jessica called Hope for Wildlife (HFW), a wildlife rehabilitation and outreach charity based in Seaforth, for help. They advised her to stay with the rabbit for as long as possible; while a volunteer would contact her and collect the injured critter.

After Jessica got off the call with HFW, she then called a colleague.

“I told her where I was and what was going on, and asked her if she had anything that I could put the bunny in,” said Jessica. “She tells me that she’s on her way, and that she has a trunk organizer box that I can put the bunny in for the time being.”

However, just as Jessica got ready to hang up the call, she noticed the bunny beginning to move.

The frightened rabbit took off toward the road and Jessica ran to get in front of the road. However, he deferred, instead, to a ditch, hopping into a covered culvert beneath the road and out of Jessica’s reach.

In an attempt to try and save him, Jessica then lowered her leg down behind the bunny and lightly touched his back with the tip of her boot, so that she could get him out of the water. But just as she was about to grab him, the bunny took two hops in between these massive boulders.

“A sense of dread fell over me and I thought this is it,” Jessica said. “I knew that without the help and proper gear I would not have been able to save him.”

She then called HFW and updated them about the situation. Jessica was asked to stay and wait with him until a volunteer got back to her. However, after an hour of waiting but still not receiving a call back, she just decided to head to her workplace, which was 10 minutes away.

Upon receiving a call from the HFW volunteer, she returned to the culvert, and was ecstatic to find the rabbit was still there.

“This wonderful volunteer did an outstanding job of capturing the bunny safely after a 20-minute struggle in the ditch, in water, desperately reaching through the hole,” Jessica posted on Facebook, sharing the rescue with her friends and followers.

“I tagged HFW in the post,” Jessica explained to The Epoch Times. “A gentleman who deals with HFW education and social media reached out to me and asked if he could share it.”

Jessica later went back to Facebook and noticed a ton of notifications.

“Every person on the post was commending and thanking me for helping save the bunny,” Jessica said. “Honestly, I was in awe!”

On July 15, Jessica followed up with her contact at HFW to ask about the rescued rabbit’s progress.

“She told me he made a full recovery and was released close to the area where he was rescued,” Jessica reported. “I am so thankful his story has a happy ending.”

Looking back, Jessica said it felt wonderful being a part of the rescue.

“It was a great experience and I am readily prepared now with a box and other tools in my car just in case I happen upon another injured wild animal,” she added.

Established in 1997, Hope for Wildlife has rescued, rehabilitated, and released over 50,000 orphaned and injured wild animals representing over 250 species. Through their educational outreach, they hope to connect people with animals in a positive way through understanding and knowledge.