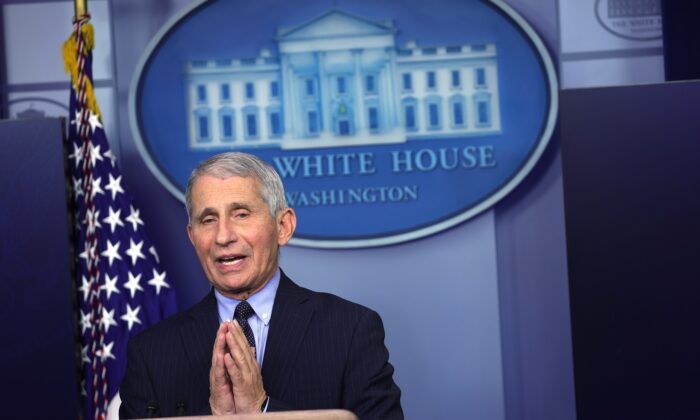 On March 4, 1933, in his first inaugural address, Franklin Delano Roosevelt took square aim at the national panic over the Depression as he spoke to his fellow citizens:

“So, first of all, let me assert my firm belief that the only thing we have to fear is fear itself—nameless, unreasoning, unjustified terror which paralyzes needed efforts to convert retreat into advance. In every dark hour of our national life, a leadership of frankness and of vigor has met with that understanding and support of the people themselves which is essential to victory.”

While it took the combined elements of the New Deal and U.S. mobilization during World War II, the land of the free and the home of the brave eventually reasserted itself and America won through to victory—over straitened economic circumstances and the combined military might of National Socialist Germany and Imperial Japan. What followed was two decades of prosperity, social harmony, and relative peace.

Today, that country has nearly vanished into history, defeated by a combination of “progressive” assaults on the nation as founded, and a concomitant loss of self-confidence and even legitimacy. Worst of all, the fear that FDR warned of has now inculcated itself as the new U.S. default mode: everything terrifies us, and sends us scurrying for the imagined security of “safe spaces.” Which are, of course, really prisons for a people no longer capable of governing themselves.

Exhibit A is COVID-19, China’s gift to the world, the overreaction to which has elevated “civil servants” to the status of dictators, abrogated the Constitution, destroyed the economy, and encouraged the citizenry to shun their fellow men as if they were radioactive. It has terrified a country grown ever more effeminate in its mannerisms and speech patterns, and fearful of engagement with everyday life.

It has created the absurd spectacle of once-free citizens habitually masked and shuffling along like the captive residents of a communist country, tethered to their iPhones, bombarded daily with government and Google propaganda, and accepting the notion that this is somehow the New Normal—and ought to be.

Even if the CCP virus were as deadly as at least half the population seems to think it is, which it isn’t, this would still be a grotesque overreaction. There’s no point in debating the statistics, which are, in any case, increasingly difficult to find and of uncertain accuracy, given the government’s rooting interest in keeping the population captive.

Want to attend church? Go to the beach? Have a family gathering at Thanksgiving or Christmas? Forget about it. “Two weeks to slow the spread” has morphed—as I predicted a year ago—into indefinite house arrest for most of the country. The fact that a virus can’t be “controlled” has long been forgotten.

And yet to that end, whole industries have been crushed, millions of jobs lost, a doddering old man named Joe Biden and a woman raised in Canada are somehow now president and vice president of the United States, and our quality of life has perceptibly been degraded and diminished. Once-free Americans have turned into Stasi-like snitches, sniffing out the free-thinkers and lovers of both liberty and the law and screaming at them in the streets.

For what? The politicians and bureaucrats who are “fighting” the coronavirus (i.e., the flu) have neither missed a paycheck nor a meal since this nonsense began, but instead have amassed enormous unconstitutional power, which, appallingly, has gone almost entirely unchecked by the legal system.

To think they will obligingly surrender that power at this point is delusional.

And all in the name of a spurious “safety,” as if life were supposed to be a state-supported, pain-free glide path from birth (if you survive your mother’s right to choose) to the grave.

The insidious language of therapy is everywhere. The new White House press secretary, Jen Psaki, natters constantly about “safety.” The social media giants, Twitter and Facebook, have whole units devoted to “safety,” as if words could harm anyone who grew up with the free-speech maxim, “sticks and stones may break my bones, but names can never hurt me.”

That was the old America; in the new America, capon-voiced males bill and coo on National Propaganda Radio (NPR) as they relate, with a palpable frisson, their fears of “harm” and tales of imaginary trauma.

Journalists, who once prided themselves on their jaundiced misanthropy and laughed at the bloodiest crime scenes as they rushed to make their deadlines, now share the effete culture of the “social sciences,” one in which the cheap and consequence-free emotion of empathy is prized above all else; the precious, fragile staff of The New York Times can bleat to its bosses, with a straight face, that “our community is outraged and in pain” over things like op-ed pieces with which they disagree, and management’s personnel decisions, which are now apparently subject to the approval of the hirelings.

Your tax dollars at work: the teachers’ unions in Chicago, Los Angeles, and elsewhere, have demonstrated their utter lack of concern for anything except their own “safety” as they adamantly refuse to return to their classrooms, and instead force parents to effectively homeschool their children, thus paying twice for the privilege of raising the next generation in an abnormal atmosphere.

The toll such imprisonment is taking on teens and tweens is incalculable, and can and should be laid squarely at the feet of everyone from the self-aggrandizing media gnome, Dr. Anthony Fauci, to the local school board—but, naturally, it won’t be. Not to mention the real death toll from heart disease, cancer, suicide, and other mortal threats that have been concealed by the COVID-19 obsession, but whose true cost will eventually be revealed.

So this is the part where we call their bluff. Tell them that Biden has no constitutional right to issue a “mask mandate” and then tell him what he can do with it.

Tell them that Florida’s Ron DeSantis is the model of what a governor under our system of federalism ought to be.

Tell them that we have no further use for Senate Minority Leader Mitch McConnell (who should have lost his seat in 2014 and now will be around to plague us until 2026) nor, indeed, for the GOP of Mitt Romney, Susan Collins, Ben Sasse, and the four other senators who voted to convict Donald Trump during his shampeachment “trial.”

Tell them we demand the immediate cessation of any and all “states of emergency,” the full restitution of our civil rights, including our right to be left alone by a meddlesome and malicious government, and the reinstatement of the safeguards of our electoral system. That elections should be held on a single day, during defined hours, and not one minute earlier or later. That the “resistance” begins here and now, with the end of the COVID-19 panic.

Most of all, tell them that we’re perfectly safe, and we are no longer afraid of them, or of the unreasoning, unjustified terror they have imposed upon us. That we will no longer retreat, but advance. That we are free men and women and intend to stay that way.

And that, henceforth, the only thing they have to fear is us.