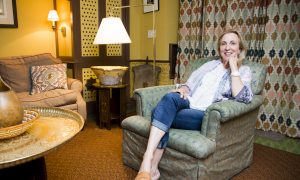 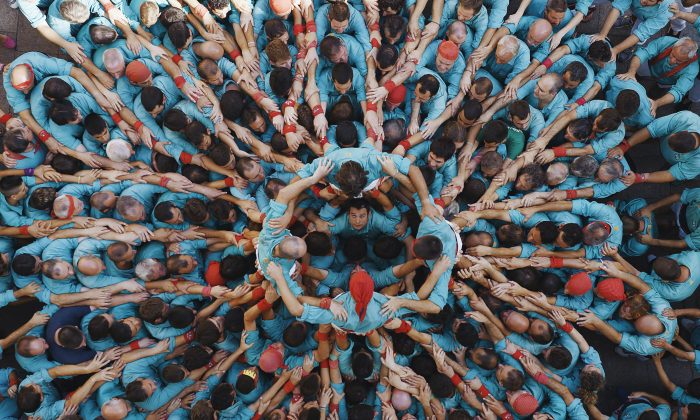 NEW YORK—The simplest questions can be the most difficult to answer. What is the meaning of life? What is happiness for you? What does love mean? Such questions go straight to the core, yet are seldom thought of during our daily existence.

French photojournalist and environmentalist Yann Arthus-Bertrand is obsessed with the large picture. He wants to understand why there is so much suffering in the world, why are we still fighting wars, why is there so much poverty, why are we destroying the environment at such a rapid pace, why can’t we get along with each other better, why, why, why?

He and his team interviewed 2,020 people from 60 countries in the three years of the making of the documentary, “HUMAN.” They asked each interviewee the same simple, yet essential questions. “What was the toughest trial you had to face, and what did you learn from it?” was 1 of the 40 standard questions.

With the heart of a naive child, Arthus-Bertrand sought to help us better understand what makes us human.

Most of his previous projects—photography books, and exhibitions, TV documentary series, and films—have focused on the environment. Considered pretty much an icon in France (he was made a knight of the National Order of the Legion of Honor, the highest decoration in France, and became a member of the prestigious l’Académie des Beaux-Arts), he is known around the world mostly for his book of aerial photographs, “Earth from Above.”

That book sold 4 million copies and had 175 outdoor exhibitions of its photographs. It provided the roots for his films “7 billion Others,” “Home,” and currently “HUMAN”—shifting the point of view from landscapes to people. With the generous support of Fondation Bettencourt Schueller, he was able to make a noncommercial film for everybody.

Each is unique and beautiful in its vulnerability and honesty.

“I wanted to listen to the heart of the people … to speak to the heart of people,” he said in a hotel in Midtown New York the morning after “HUMAN” premiered in the United Nations General Assembly Hall on Sept. 12.

It was the first time a film had ever been screened in that hall—a hall that has seen numerous world leaders addressing the world’s problems, following standard protocols, year after year, like a broken record.

Especially as a goodwill ambassador for the United Nations Environment Program, Arthus-Bertrand decided that the General Assembly Hall was symbolically the best location for premiering “HUMAN.” About 1,000 people attended, including U.N. Secretary-General Ban Ki-moon.

The permanent representative of France to the United Nations, François Delattre commented on the film. “This movie is a very powerful message of hope. It shows the importance of every individual’s voice and the treasure that diversity represents for mankind’s common destiny,” Delattre wrote in an email.

Although unknown … they have messages of explosive power.
— Yann Arthus-Bertrand

In the daunting task of creating a portrait of humanity, Arthus-Bertrand decided to feature people who are rarely seen or heard. “Although unknown, or rather because they are—they have messages of explosive power,” Arthus-Bertrand wrote in his book, “A Portrait of Our World, HUMAN,” which accompanies the film to give more context, organized into themes, such as happiness, war, poverty, and tolerance.

What Separates Us, What Unites Us

“HUMAN” opens with a breathtaking aerial shot of a caravan of yaks walking on dunes of the Indus Valley, in Gilgit-Baltistan, Pakistan. The beautiful music, perfectly paced throughout the film, by Arthus-Bertrand’s close friend, the renowned composer, Armand Amar is equally breathtaking—intensely enhancing the emotional impact of the images.

Each person appears close up, yet out of context. All of them are filmed in front of the same dark gray backdrop. Each in his or her own way speaks eloquently, sharing a sliver of their lives in seconds.

Their presence on film is intense. Gorgeous and sometimes disturbing aerial shots of the Earth are spliced between the short interviews—the Agua Azul waterfalls of Mexico, women drying cloth in Pakistan, a man in an open garbage dump in the Dominican Republic, an incredibly crowded swimming pool in China, and much more. They give time for one to absorb and reflect.

The first interviewee is Leonard, a man sentenced to life in prison for killing a woman and her child. He learned the meaning of love and learned to help others after the mother of the woman (and grandmother of the child) he killed forgave him.

“In humanity you have everything—the worst and the best—and he was an example of that. There’s redemption, and I think that is the key of humanity,” Arthus-Bertrand said explaining why he chose to open the film with Leonard, who sheds tears at the end of the clip.

We may seldom reflect on the simple essential questions in life, and for that reason perhaps we are most grateful when given the time and space to express our answers.

Arthus-Bertrand said he thought “very clever” what Samuel, a boy from DR Congo, said. In the film, Samuel says, “I’ve already asked why I was on Earth … because on Earth everyone has a mission. I have one too, but I don’t know it yet.”

Arthus-Bertrand feels his mission is to make a meaningful movie. He feels so lucky to have been able to create such a strong movie—”une chance incroyable (an incredible chance)” he said in French.

In fact “HUMAN” is so overwhelming in scope and so compelling that it even goes beyond Arthus-Bertrand’s own disbelief.

The people in the film seem countless. Each is unique and beautiful in his or her vulnerability and honesty, revealing things that perhaps they had never even revealed before, even to their most intimate friends. Instead, their perspective is broadened in joining a mammoth conversation, between people who do not know each other.

I understood her emotion, her pain, and it goes beyond words. It’s like a song that reverberates.
— Mia Sfeir, journalist and first assistant director, 'HUMAN'

The conversation is asymmetrical. Some of them are poor, disenfranchised, untouchable, and illiterate; some are refugees on the run; some define happiness simply by having something to eat.

Whether sad, angry, pensive, or happy, a whole range of human emotion is felt. At the end of each interview excerpt, each person looks straight into the camera lens. The audience sees them bear their souls, but the people portrayed may never have the opportunity to see the others in the film.

Among the thousands interviewed, she spoke with Bruno, a man from England. He talks about the strength and deep understanding of life that he obtained after losing both of his legs, and that if God would offer him his legs back, he would not want them because it would annul the wisdom he had gained.

A woman named Ekami—an untouchable in India, living in abject conditions—left a lasting impression on Sfeir.

In the film she is yelling, unleashing frustration and pain that she had kept inside her for years, she addresses world leaders, “Help us have a decent life, otherwise we will starve to death!” But it took some time and encouragement for her to reach that point. Through the translator Sfeir coaxed her to say what she wanted to say.

Sfeir said, “I realized that I understood her emotion, her pain, and it goes beyond words. It’s like a song that reverberates.” Although the film only shows the crescendo of her rant, Sfeir assured the woman “has an amazing smile … it was such a generous moment on her part.” Usually, because untouchables “don’t talk, they don’t complain that much in the village,” she said.

“This movie is about getting these voices out, it’s about these voices, but also about what’s behind these voices,” she said. Mentioning the power of Amar’s music, she added, “For me what these people say is another music in another way.”

A Film for Everyone of 7 Billion

General Director of Fondation Bettencourt Schueller Olivier Brault wrote in an email that they are proud to have funded a “philanthropic movie” giving Arthus-Bertrand “the chance to make the movie of his dreams and to allow the biggest possible audience to see it.”

The cinematographic version of “HUMAN” is three hours long and has 10 more variations: “HUMAN” the TV movie (131 minutes), “On the Trail of HUMAN” (three films of 52 minutes), “The Stories of HUMAN” (80 minutes), “The HUMAN Adventure” (making of, 52 minutes), “HUMAN The Music” (52 minutes), “HUMAN for the Web,” and “HUMAN Behind the Scenes.” More than just a movie, “HUMAN” is a global noncommercial project. Google launched six YouTube channels dedicated to the project on the day of the cinematic premiere. Arthus-Bertrand’s GoodPlanet Foundation gives free copies of the film and materials to schools and NGOs.

Arthus-Bertrand admitted it’s a lot to taken in, but necessary. It’s a movie that challenges one “to open your heart and to listen,” he said. “It is not an easy movie, I know it is very long, but I love it,” he said rather tired after such an intense night at the U.N. screening.

We have to put our humanity above all our fears … above everything.
— Yann Arthus-Bertrand

Just one human being among 7 billion people on the planet, at first Arthus-Bertrand refused to answer one of his own questions, because it wasn’t the right time. But he did answer at least one.

“Yesterday night, I was happy. The humanity we tried to show in the movie was understood and I was happy,” he said, but then, as if feeling the whole weight of the world on his shoulders he added, “It’s not enough, it’s not enough.”

As a distillation and intensification of people’s lives, “HUMAN” allows us to see what makes us human in a way that would not have been possible without it. “HUMAN” is an incredibly humanizing project that belongs to the 7 billion people on Earth to reflect upon.

“I hope that in 3 hours and 11 minutes it will break a few walls in people’s minds when they watch it,” Sfeir said.

“This movie is beyond me, beyond us. We have to put our humanity above all our fears … above everything,” Arthus-Bertrand said. His vibrant blue eyes were beaming, as he gave a gentle sigh. “HUMAN is no longer my film; it is our film.”