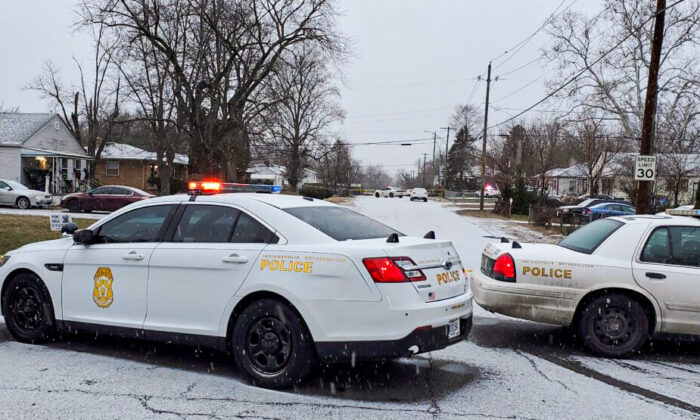 At least 12 major U.S. cities have set annual murder records in 2021 even as there are still several weeks remaining in the year, data shows.

Philadelphia, one of the largest cities in the United States, saw 525 murders in 2021, according to police data. That’s higher than the previously set record of 500 murders in 1990.

Notably, Portland, Rochester, Lousiville, and St. Paul experienced numerous days of protests and riots starting in May of 2020 after the officer-involved death of George Floyd, which sparked nationwide unrest.

Protesters and rioters took to the streets in St. Paul—located near Minneapolis—following Floyd’s death at the hands of former Minneapolis police officer Derek Chauvin. Meanwhile, weeks of riots and protests erupted in Louisville following the death of Breonna Taylor, and in Portland, left-wing agitators partook in riots and protests for more than 100 consecutive days last year.

In Rochester, riots broke out following the officer-involved death of Daniel Prude, a black man who was later confirmed to be under the influence of the dissociative hallucinogenic drug PCP and was reportedly partially naked and smashing storefronts during cold and snowy weather on March 30, 2020.

“The community has to get fed up,” Capt. Frank Umbrino, of the Rochester Police Department, said during a recent news conference last month.  “We’re extremely frustrated. It has to stop. I mean, it’s worse than a war zone around here lately.”

As it has in the past, Chicago currently leads the United States with more than 730 homicides by the end of November, according to Chicago Police Department data, coming as at least nine murders were reported during an outburst of shootings across the Windy City over the past weekend. The most deadly year on record was in 1974 when Chicago experienced 974 homicides.

Nationally, homicides rose by about 30 percent in 2020 compared to the prior year, according to FBI data released several months ago. That was the largest one-year spike since the FBI started keeping records.

Some criminologists have blamed the spike in murder rates on lax bail laws, political and racial conflicts following the George Floyd riots and protests, large numbers of officers retiring or quitting, and pandemic-related panic.