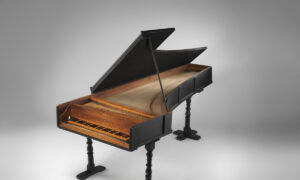 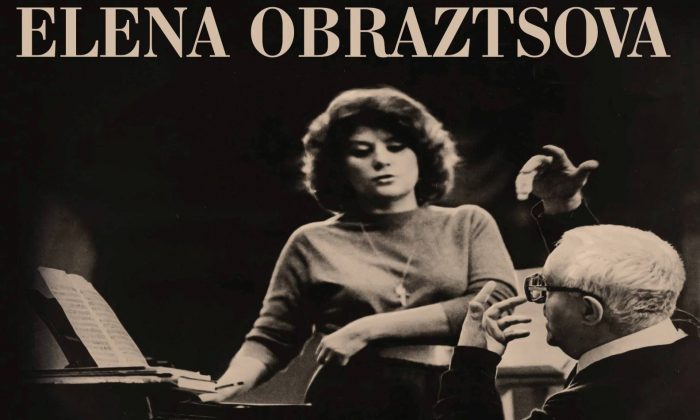 A Composer and His Ideal Interpreter, Sviridov and Obraztsova

The Melodiya label has just released on CD (distributed by Naxos) a recital of two of the most important artists of the Soviet era: mezzo-soprano Elena Obraztsova (1939–2015) and composer Georgy Sviridov (1915–1998), who accompanies her on piano on all but one of the tracks. Titled simply with the names of the singer and composer, the album memorializes the significant collaboration between the two.

Obraztsova was born in Leningrad in 1939 and survived the siege of that city during World War II. Her father was sent to the front, while she remained with her mother.

After she won several voice competitions, Obraztsova made her Bolshoi debut in 1963 as Marina in Mussorgsky’s “Boris Godunov.” Although still a student, she created a sensation and the following year went on tours in Japan and Italy, where she sang at La Scala opera house. She was immediately hailed as an international star and had a long career at the Bolshoi and opera houses throughout the rest of the world.

Her debut at the Metropolitan Opera took place in 1976 when she portrayed Amneris in Verdi’s “Aida.” In the opera, Aida wins the affection of the tenor, but in that performance, it was Obraztsova who thrilled the audience. Donal Henahan, the New York Times reviewer, raved about her and wrote that “the rest of the cast seemed mummified by contrast.”

She can be seen in two performances with Plácido Domingo that were filmed (and are available on DVD or on YouTube), “Carmen” and “Cavalleria rusticana.” Both were directed by Franco Zeffirelli, who is quoted as saying, “In my life there were three shocks—Anna Magnani, Maria Callas, and Elena Obraztsova.”

Sviridov (1915–1998) studied with Dmitri Shostakovich, among others, and received numerous honors from the Soviet Union. This probably resulted in his being undervalued in the West during the Cold War and afterward. Hopefully, that neglect will be corrected by reissues of his music on Melodiya such as this one.

Although Sviridov wrote symphonies, piano concertos, chamber music, film scores, and solo piano pieces, he had a special interest in setting the works of Russian poets, from Alexander Pushkin to Boris Pasternak.

The album contains the cycles “Romances and Songs after Alexander Blok” and “Cast off Russia, poem for voice and piano after Sergei Yesenin,” plus the first performance of “Icon,” for chorus from the cycle “Songs from Hard Times after Alexander Blok.” The last features a performance by the soprano along with the Moscow Chamber Choir and the Chamber Lineup of the Yurlov Choir, conducted by Vladimir Minin.

Sviridov is categorized as a neo-romantic, and these settings are melodic and performed with great sensitivity by Obraztsova. The singer noted the composer’s spirituality and is quoted in the liner notes as observing that “one can sing Sviridov’s work only if he has lived his life with poetry and music.”

While there is certainly a patriotic element in some of the poems and the music, as in the closing “Oh, Motherland, a Happy and Eternal Hour,” this seems to reflect feelings about the homeland and the Russian people rather than the government of the USSR.

Like Benjamin Britten, the composer is also a superb accompanist, for example, in the swirling notes of the Yesenin piece about impending death.

My only criticism of the album is that it doesn’t contain translations of the poems. Nevertheless, Obraztsova’s vocal coloring conveys the mood of each piece, from welcoming spring on the first track to shifting into a lower register (as on the second piece, “The Weathercock”) where she sounds like a different singer. On “Lullaby” in the Blok cycle, her voice blends nicely with the lighter tones of soprano Makvala Kasrashvili.

In sum, lovers of art songs, especially those from Russia, should seek out this CD.