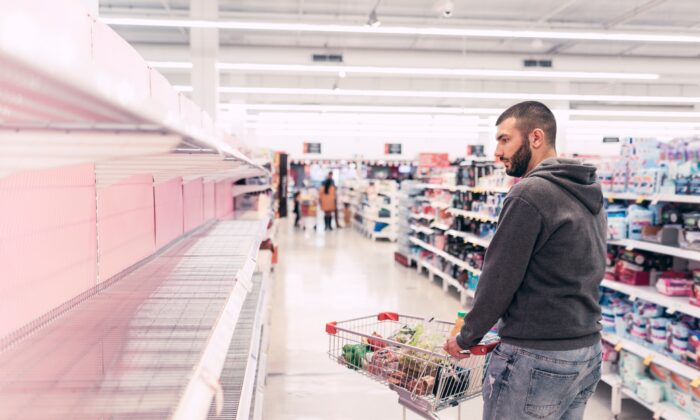 A Closer and More Painful Look at Producer Prices

Any index of prices is based on an illusion. You can say it’s a necessary one. It likely is simply because we need some kind of aggregate to sum up a huge complexity of price movements. It’s the only way we can observe the existence of a general problem rather than a sector-specific one.

In truth, prices—even in a devastating inflationary climate like this one—don’t rise and fall in tandem. It’s not like the sea level. Inflation shows up more in some sectors over others, and the affected industries can be hard to predict. It hits plywood one week, cotton the next, pork prices the next, housing the next, transport the next, and so on, with successive waves of infection and seeming recovery.

This reality contributes to the feeling of overall chaos and tremendous public disorientation.

When press releases appear from the Bureau of Labor Statistics (BLS), the media looks for the headline number: What is the rate of year-over-year change? The Consumer Price Index (CPI) is the one that gets the most attention, but it is the Producer Price Index (PPI), released the following day, that’s probably more reliable overall.

Because it deals with wholesale prices and the full supply chain, it amounts to a forecast of future consumer prices, revealing how much price anxiety is being felt throughout the whole structure of production. The CPI is downstream of the PPI.

The June 14 release of the May PPI data headlined the number 10.8 percent. That’s because the BLS press release stated that “on an unadjusted basis, final demand prices moved up 10.8% for the 12 months ended in May.” And so that was the takeaway. There are a couple of provisos here that most reporters wouldn’t notice: This is unadjusted for seasonality and also combines final demand for both goods and services.

So let’s look a bit more closely, thanks to the charting tools at the Federal Reserve Bank of St. Louis, which are fed directly by an application program interface (API) from the BLS. Here’s a look at producer prices by final demand by goods alone. This reveals an incredible 16.3 percent increase year over year. This is far more alarming than the figures the BLS was touting, and perhaps this is why it isn’t being reported.

Here is the same index focused only on commodities. It shows an eye-popping increase of 21.8 percent. Now, let’s look at the hugely important sector of trucking and the prices of hauling goods across long domestic distances—a sector crucial to the U.S. consumer supply of nearly everything. Here, you see the real pain. It is intense at 34.1 percent. You have probably had enough, but there is one more you have to see. It concerns the cost of shipping for international trade, what the BLS calls deep-sea shipping. This is the lifeblood of all modern economies, the key to the international division of labor, and central to what we call prosperity. This figure is truly shocking: Prices are rising 44.7 percent. Perhaps you have noticed that many people are getting upset about inflation, mainly due to food and gas prices. These charts indicate that people aren’t nearly upset enough.

Should you be worried about food shortages, more goods shortages, business bankruptcies, and more shocking price increases in just about everything? Yes. Absolutely. My own read of the factors that make for these kinds of shocking levels of inflation is that they are nowhere near washed through the system. It’s going to be many years before they fully do. We don’t even know what kind of world emerges on the other side of this Great Inflation.

Living through this inflation is momentous for most people alive today. It’s a new experience, and people are learning in real time to understand cause and effect here. The Biden line that this was all “Putin’s price hike” seemed to have flopped, so he has stopped using it so regularly. It just didn’t stick. Now, you have lefty journalists at, for example, Vox, explaining that the real problem traces to industrial monopolies such as the meat packers. These people are insufferable.

If you want a really good and quick look at what inflation is and how it works, turn to Henry Hazlitt’s “Economics in One Lesson.” He has an entire chapter on the subject.

By way of background, Hazlitt wrote this book in 1946, after having been forced out of his job as an editorial writer for The New York Times. The publisher wanted Hazlitt to endorse the Bretton Woods agreement of 1944, but Hazlitt refused on grounds that it was an unsustainable monetary arrangement that would only produce more inflation. Hazlitt wouldn’t write what he did not believe; he kept his principles even though it meant unemployment.

So he used his new time off to write the book that the world needed at the time, and still needs today. He writes of inflation:

“It may indeed bring benefits for a short time to favored groups, but only at the expense of others. And in the long run it brings disastrous consequences to the whole community. Even a relatively mild inflation distorts the structure of production. It leads to the overexpansion of some industries at the expense of others. This involves a misapplication and waste of capital. When the inflation collapses, or is brought to a halt, the misdirected capital investment—whether in the form of machines, factories, or office buildings—cannot yield an adequate return and loses the greater part of its value.

“Nor is it possible to bring inflation to a smooth and gentle stop, and so avert a subsequent depression. It isn’t even possible to halt an inflation, once embarked upon, at some preconceived point, or when prices have achieved a previously agreed-upon level; for political and economic forces both will have gotten out of hand. …

“Inflation throws a veil of illusion over every economic process. It confuses and deceives almost everyone, including even those who suffer by it. … Inflation is the autosuggestion, the hypnotism, the anesthetic, that has dulled the pain of the operation for him. Inflation is the opium of the people.”

The Federal Reserve is in no position to stop what it has started, even if the political will were in place to do so. There are already rumblings in the Democratic Party that inflation is to be preferred to depression for fear of a mighty Trump comeback.

This seems like a dramatic political miscalculation. If you look at the charts above again, you will see that every bit of this mess traces to the Biden presidency, at least according to the data, and even though the roots extend further back in time.

There is no getting around this: The great inflation of 2021–22 has discredited the regime and its current managers. Even if nothing gets worse, the suffering will last a generation. The terrifying truth is that it will get worse and maybe much worse.