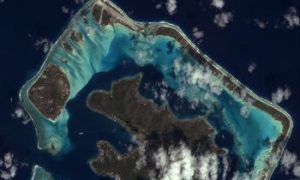 A mistake in the Oxford English Dictionary, which had gone unnoticed since 1911, was discovered by an Australian Technology physicist.

The mistake, which lies in the description of the force behind a siphon, led physicist Stephen Hughes to alert the Oxford Dictionary revision team. Although the mistake is slight, according to Hughes the matter should not be taken lightly.

“We would all have an issue if the dictionary defined a koala as a species of bear, or a rose as a tulip," he told The Sydney Morning Herald.

The dictionary's review team has now agreed to re-examine the definition, the newspaper reports.