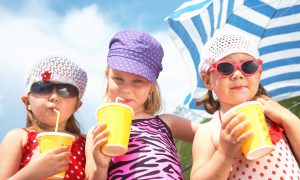 Everything You Need to Know About Vitamin C
0 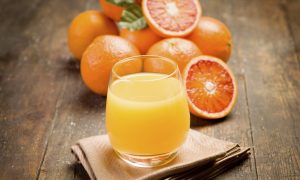 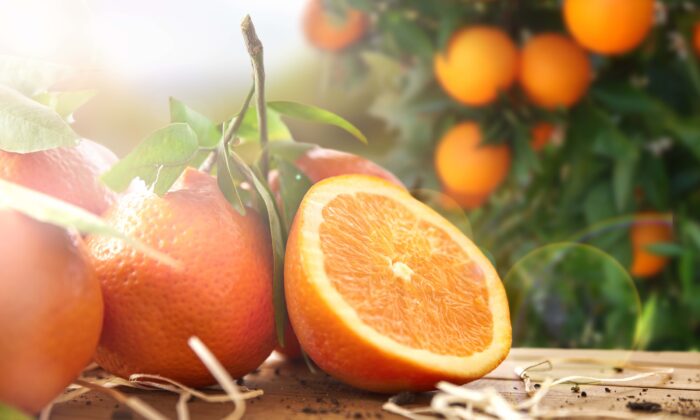 Every part of the orange, from its peel to its odor, has health benefits for human beings. (Davizro Photography/Shutterstock)
Mind & Body

The orange is both a literal and symbolic embodiment of the sun, from whose light it is formed and vibrantly emanates. As a whole food, it irradiates us with a spectrum of healing properties, the most prominent of which some call “vitamin C activity,” but which is not reducible to the chemical skeleton known as ‘ascorbic acid.’ Science now confirms the orange has a broad range of medicinal properties, which is why the ancients knew it both as a food and medicine.

As our increasingly overdiagnosed and overmedicated population leaps lemming-like over the cliff of pharmaceutically-driven conventional medicine, with most drugs carrying a dozen or more adverse side effects for every benefit advertised, we can find great wisdom in Meryl Streep’s quote:

“It’s bizarre that the produce manager is more important to my children’s health than the pediatrician.”

Indeed, many common fruits and vegetables crouching at the local produce stand have hidden healing powers, and have been used as both medicines and nourishing foods since time immemorial. We’re only just beginning to understand how these foods contain vitally important information-containing molecules, such as microRNAs, which profoundly impact the expression of our entire genome.

I firmly believe that access to fresh, organic produce is as vital to health as access to water and clean air. Over the course of hundreds of millions of years, the bodies of our ancestors (whose genes are still within our own) grew alongside flowering and fruiting plants, and the tens of thousands of phytocompounds (and informational molecules) they contain, many of which now regulate and maintain the expression and health of our genes. Therefore, without the regular consumption of these foods, the development of suboptimal health, and likely many feared acute and chronic diseases, is inevitable.

The orange is one such food-medicine marvel, containing a broad range of compounds increasingly being recognized to be essential for human health. We consider it a sweet treat, its juice a refreshing beverage, but do we ever really reflect on its medicinal properties?  GreenMedInfo.com has indexed no less than 37 distinct health benefits its use may confer, all of which can be explored on our Orange Medicinal Properties research page online.  What follows are some of its most well-established therapeutic applications, divided into three parts: the juice, the peel, and the aroma:

The Juice of the Orange

Many of us mistakenly look to orange juice today as a dangerous source of highly concentrated fructose—simple “carbs”—without recognizing its profound medicinal properties. We should be wary of over-processed and pasteurized juice that has lost it pulp and potent nutrient content. Fresh-pressed juice from organic oranges is best. This will ensure that the bioactivity and informational quality of the orange remain intact, and at its highest potency.

Conventional nutritional science still looks at the vitamin C activity of oranges as equivalent to the molecular weight of the compound known as ascorbic acid, without realizing that an orange embodies (as do all whole foods) a complex orchestra of chemistries, the handiwork of millions of years of evolution, which is to say a process of intelligent biological design.  The ‘monochemical nutrient’—ascorbic acid—is merely a shadow of the vitamin C activity that is carried and expressed through only living foods.

The orange, after all, looks like a miniature sun, is formed as a condensation of energy and information from sunlight, and therefore is capable of storing, and after being eaten, irradiating us with life-giving packets of information-dense gene-regulating nutrition, by a mechanism that will never be fully reducible to or intelligible by the chemical skeleton we know of as ascorbic acid.

This is also why it’s important to avoid the reductionistic mode of thinking that likes to reduce the infinite complexity of foods, with all their many healing properties, down to single nutrients and their molecular weights. Oranges are a great example of this, as vitamin C alone can not account for the wide range of health benefits they possess, especially considering that their peel and their aroma also constitute therapeutic elements of this incredible whole food.

Given that thought, here are some of the evidence-based benefits of orange juice:

Orange Juice Improves ‘Good’ Cholesterol: While it is debatable that lowering so-called LDL cholesterol is nearly as good for heart health as statin drug manufacturers would like for us to believe, raising HDL cholesterol does seem to have real health benefits. This is, however, quite hard to do with diet and nutrition, and impossible through medication. Other than taking high-dose fish oil, few things have been studied to be effective. Except, that is, orange juice.  A 2000 study found that the consumption of 750 mL of orange juice a day, over a 4 weeks, improved blood lipid profiles by decreasing the LDL–HDL cholesterol ratio by 16 percent in patients with elevated cholesterol.

The Peel of the Orange

The peel of the orange contains a broad range of potent, potentially therapeutic compounds.  These include pectin and flavonoid constituents, such as hesperidin, naringin, poly methoxy flavones, quercetin and rutin, various carotenoids, and a major odor constituent known as d-limonene, which makes up 90 percent of the citrus peel oil content. It is listed in the US Code of Federal Regulations as generally recognized as safe (GRAS), and is commonly used as a flavoring agent.  D-limonene has been studied to have potent anti-cancer properties, including against metastatic melanoma.

The whole peel extract has been studied to have a wide range of benefits:

The Aroma of the Orange

The physiological mechanisms by which aromas may have therapeutic properties (aroma-therapy) are well-established. The small molecules that comprise the aroma of things are capable of entering directly through the nostrils and into the olfactory lobe, thus enabling them to have profound effects on deep structures within our brain, and, as a result, our entire bodily and emotional infrastructure.

Orange Scent Reduces Anxiety, Boosts Mood:  A 2000 study found that the aroma of orange essential oil reduces anxiety, generates a more positive mood, and a higher level of calmness in women exposed to it in a dental office waiting room. This finding was confirmed again in a 2005 study, where ambient odors of the oil reduced anxiety and improved mood in patients waiting for dental treatment.

Clearly oranges have a lot to offer as a medicinal food, beyond the obvious aesthetic pleasures they afford. Science may never plumb the depths of their value to our body and mind, but what has been revealed thus far is compelling enough to put it back on the list of ‘superfoods’ which we aspire to consume more of in order to nourish ourselves on a deep level.

Sayer Ji is the founder of Greenmedinfo.com, a reviewer at the International Journal of Human Nutrition and Functional Medicine, Co-founder and CEO of Systome Biomed, Vice Chairman of the Board of the National Health Federation, Steering Committee Member of the Global Non-GMO Foundation. This article was originally published on GreenMedinfo.