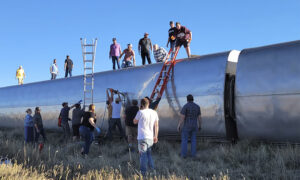 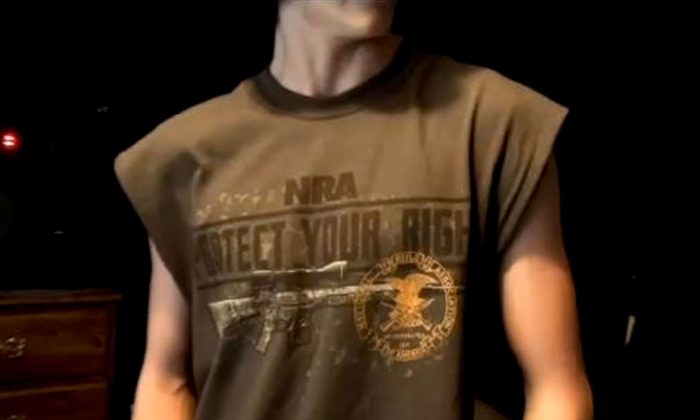 8th grader gun t-shirt: Jared Marcum wears the National Rifle Association t-shirt that got him in trouble at school on 13 News. (Screenshot via The Epoch Times)
US

8th grader gun t-shirt arrest: An 8th grader was arrested after he argued with his teacher about a National Rifle Association t-shirt he had on. The t-shirt prominently displayed a hunting rifle.

Jared Marcum wore the t-shirt, which also said “Protect Your Right,” to Logan Middle School in West Virginia, prompting a teacher to question the boy about it, reported CBS Washington. The questioning reportedly escalated into an argument and he was suspended and arrested this week.

“I don’t see how anybody would have an issue with a hunting rifle and NRA put on a T-shirt, especially when policy doesn’t forbid it,” Allen Lardieri, Jared’s father, was quoted as saying by the station.

According to its dress policy, Logan Middle School prohibits clothing that includes profanity, violence, and discriminatory messages, according to the station. However, it does not include anything about firearms.

“He did not violate any school policy,” Lardieri said. “He did not become aggressive.”

He was charged with obstruction and disturbing the school’s education process.