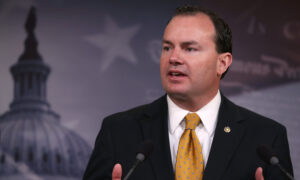 Sen. Mike Lee: How the Supreme Court Was Politicized and Why Amy Barrett Is Likely Trump's Pick
0 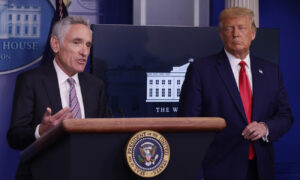 Justice Norman Douglas said Mahr’s behaviour reflected the “mindset which led to the Holocaust” and that his graffiti, which included “kill the Jews” and “exterminate Israelis,” is an offence that will not be tolerated in Canada.

Between January and September 2009, Mahr wrote hateful remarks in washrooms at Wal-Mart, Pizza Pizza, and Chapters. He also left messages and drew the Star of David with a black marker on a pathway and on walls leading to the washroom at Stone Road Mall in Guelph, the court heard May 5.

He was also in the Hitler Youth movement, which his lawyer, Matthew Stanley, argued had indoctrinated his client to think a certain way. Stanley argued that the court should consider house arrest given Mahr’s age, lack of a criminal record, and the fact that he is remorseful for his actions.

Also recommending house arrest, Hamilton said Mahr is a product of both his upbringing and his war experience. He quoted from an impact statement from the Canadian Jewish Congress (CJC) saying “decades of anti-Semitic literature had deluded common Germans into believing that the Jews manipulated the world economy.”

Justice Douglas, however, said he found it difficult to believe that someone who is responsible for so many instances of anti-Semitic graffiti is merely a “product of his times.”

“When both counsels say he is a product of his times, the problem with that submission is that we are dealing with crimes that have occurred in 2009,” he said, adding that the defendant is basically “advocating, by his comments, and promoting and encouraging and inciting people to kill Jews today.”

The CJC on Monday commended Douglas in handing down a jail sentence for Mahr.

“Justice Douglas clearly reflected how Canadians feel about crimes of hate,” CJC CEO Bernie Farber said in a release. “The sentence and its unequivocal message speak volumes about the importance of protecting minority communities in this country.”

Frank Dimant, executive vice president of B’nai Brith Canada, said the judge has sent a “strong message to the public.”

“We are very satisfied that the judge took Mahr’s crimes very seriously and that through today’s sentence a powerful message in the ongoing fight against anti-Semitism, in all its forms, has been sent.”