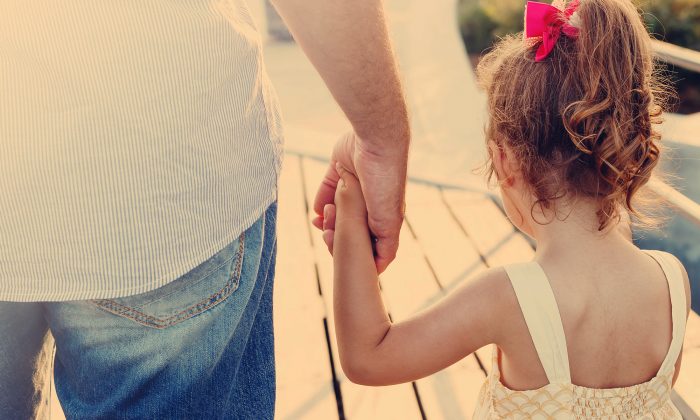 8-Year-Old Surprises Marine Stepdad With Adoption Proposal: ‘You Are My Forever Home’

For some, adoption can confirm the stability and security created by a loving “forever home.” Gone are the days when parents and children have to be biologically related to be family; the modern age recognizes a plethora of atypical family arrangements, and the freedom to construct our families as we choose has been the key to happiness for so many people.

When a new family comes together without the intrinsic bond of biology, however, some parents (and some children) decide they want to make the bond official in another way. Eight-year-old Alessandra was one such girl; her dad of seven years, Leonardo Avila, needed to become “official.”

Alessandra’s mother, Angela, was surprised by her daughter’s insistence but supported her on her mission. The two plotted a surprise for Leonardo, hoping he would be touched by his daughter’s wish and make her dream come true.

The scene: Shelby County baseball field, September of 2018. Alessandra bravely stood on home base holding a touching, handwritten sign: “Papi, you are my forever home. Will you adopt me?”

Leonardo’s response confirmed the already watertight bond between father and daughter. After being guided onto the field with his eyes shielded by a baseball glove, he removed the glove, read the sign, and burst into tears of joy. Naturally, his answer to the expectant 8-year-old was a resounding “yes.”

The adoption was made official on Jan. 10, 2019. Leonardo couldn’t wait to share the story on social media:

“A little over 7 years, I was introduced to this lovely little girl … I wanted prove to so many people, including myself, that I can be a good father. There was no book on ‘How to be a great step dad’ that I could of picked up and read, so I focused on just being a great dad.”

It seems his efforts paid off. Daughter Alessandra’s love was undeniable as she stood on that baseball field, awaiting Leonardo’s confirmation that he’d “officially” become the dad she’d always wanted him to be.

“To know that was her decision that she wasn’t pressured, that it was something that she wanted, my emotions came over me,” Leonardo told Good Morning America.

Leonardo spoke of his source of strength: “I did my very best to build our foundation on the word of God … I wanted this sweet angel to have a wonderful life, a stable home, food on the table, and God in her heart.”

“After all is said and done, I feel she has made the best decision and I’m proud of her,” loving mother Angela told GMA.

If Angela and Alessandra ever had any doubt that Leonardo was in it for the long haul, his words speak for themselves: “After more than 7 long years … I am very proud to say … she is mine.”

And to Alessandra herself: “You are my entire world.”

The proud stepdad also mentioned: “To know I made this type of impact to her life that she wants my last name, it was an amazing moment and definitely something I’m going to cherish for the rest of my life.”

Leonardo tied the wedding knot with Alessandra’s mom, Angela, in 2012. Alessandra has been his life since she was a baby.

The couple also have a joint Facebook account, and posted a joint message sharing their elation on Jan. 15: “All of our prayers have been answered and we couldn’t be happier at this moment. Thank so much to all of you who have supported us through this journey.”

The video of Alessandra’s touching adoption proposal fast went viral. It also made her “forever home” official in a way that was meaningful to her. This beautiful adopted family have love on their side, and now the papers to prove it, too!

Share this uplifting story of family union through adoption. Do you have a story of your own to share? Tell us in the comments below!