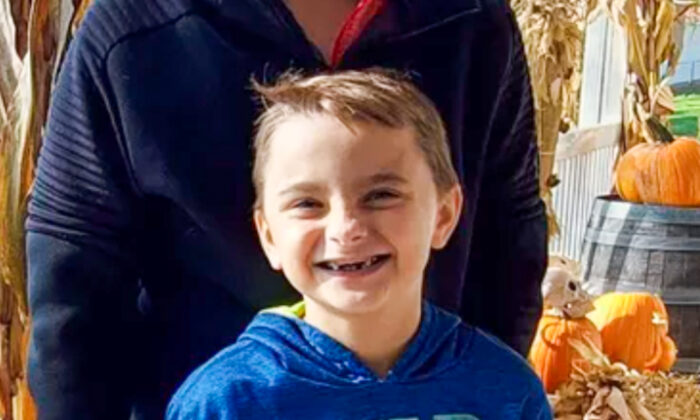 Jackson Sparks in an undated photo. (via Alyssa Albro/GoFundMe)
Crime and Incidents

An 8-year-old victim of the Waukesha Christmas Parade attack succumbed to his injuries and died on Tuesday, his family confirmed.

Jackson Sparks was among dozens of victims struck by a car that plowed through a Christmas parade in Waukesha, Wisconsin, on Sunday, Nov. 21, 2021.

The boy and his 12-year-old brother, Tucker, were both seriously injured and were taken to the ICU at the Children’s Hospital of Wisconsin, according to Alyssa Albro, the niece of Aaron and Sheri Sparks, the victims’ parents.

Jackson underwent brain surgery late Nov. 21, but he later died from his injuries late Tuesday, Albro announced on a GoFundMe page, which is seeking support for medical expenses.

Meanwhile, Tucker sustained road rash and a fractured skull, but “is miraculously recovering” and will be discharged home.

“Please know that they appreciate your continued prayers and tremendous outpouring of support for their family,” Albro said on the GoFundMe page. “They do however ask for privacy at this time to allow Tucker to continue to heal physically and their family to heal and mourn the tremendous loss of their sweet little boy who is now under the care of Jesus.”

Jackson is the sixth and youngest victim who has died from the tragedy. Five others who were killed in the attack ranged in ages 52 to 81.

Brooks’s bail is set at $5 million. The bail took into account his criminal history, the number and gravity of the offenses, the strength of the evidence, and how he was out on bail in two other cases.

Court documents filed Tuesday (pdf) stated that five people died and 62 others were injured, among them children and adults.

Prosecutors said they are considering a sixth homicide charge after Jackson’s death.