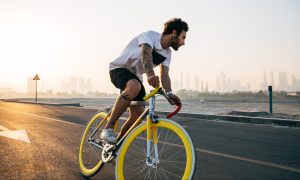 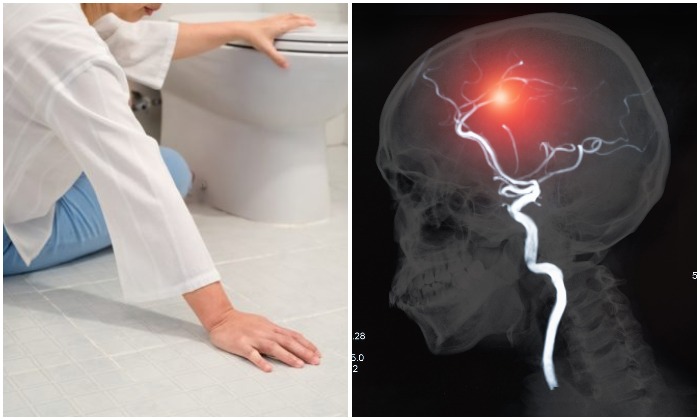 8 Warning Signs That a Stroke Is Coming On–Look for Little Things, Like Sudden Loss of Balance

The recent death of the former “Beverly Hills, 90210” star Luke Perry has struck a chord with many men and women who grew up a fan of the teen star. Generation X grew up adoring him and now face his loss, stunned. Not only because of the death of someone they idolized but because it shines a light on something that could strike at any of us. At the age of 52, not much older than the fans who faithfully watched his show, Perry died of a massive stroke.

According to the Center for Disease Control and Prevention (CDC), stroke is the fifth leading cause of death in the United States, claiming approximately 140,000 lives every year. Every 40 seconds, somebody in the United States has a stroke, and every four minutes, someone dies of a stroke. Each year, over 795,000 individuals in the United States experience a stroke. Of those 795,000, around 610,000 of them are first-time strokes.

Approximately every 1 in 4 strokes in the United States are in individuals who have previously had one. Strokes can strike at any age, however, nearly three quarters of strokes happen in individuals 65 and over.

It is important that you know these eight early signs of a stroke so you can detect them and get help to minimize the consequences of this potentially life-threatening event. In most cases, the first three are the most obvious signs and part of the four-letter acronym F.A.S.T., warning signs recommended by the American Stroke Association to spot and know when to call 9-1-1.

As alarming as it sounds, face drooping is a telltale sign of a stroke. This is caused by facial paralysis, a condition in which one side of the face droops, feels numb, and appears uneven. This type of paralysis happens during a stroke because the nerves in the brain responsible for controlling the muscles in the face have been damaged. The type of stroke determines what kind of damage has been done to the brain cells. The cause could be from oxygen deprivation or too much pressure on the brain from bleeding. It only takes a few minutes for brain cells to begin to die in each case.

According to Caitlin Loomis, MD and Michael T. Mullen, MD, there are different areas in the brain or brainstem that could cause facial drooping or weakness when affected by stroke. When stroke occurs in the brain, it affects the mouth but not the eyes or forehead. Strokes that strike the brainstem usually affect the mouth, eyes, and forehead, presenting as the entire one side of the face drooping.

2. Arm Weakness on One Side of the Body

If you notice sudden numbness or weakness in an arm, it could indicate a stroke. John Hopkins Medicine explains that the oxygen deprivation in a part of the brain that causes stroke can also cause paralysis or weakness of one or more of the muscles in the arm or shoulder. To detect stroke, doctors often ask patients to raise both of their arms. One arm drifting downward is a sign of one-sided arm weakness.

Stroke-related speech difficulty is known as aphasia. It occurs when the part of the brain responsible for language and speech is damaged by the stroke. According to the National Aphasia Association, approximately 25 percent to 40 percent of individuals who experience a stroke also have aphasia. Aphasia inhibits a person’s capability to understand or use words, causing difficulties with speech.

The last letter of the F.A.S.T. acronym is “Time to call 9-1-1.” If the person shows any of these first three symptoms, even if the symptoms go away, it’s time to call 9-1-1 and get them to the hospital immediately.

The following are additional symptoms of stroke:

4. Trouble With Seeing in One or Both Eyes

Sudden blurred vision or seeing double can also signal stroke. Stroke can damage the nerves important for vision. The nerves for each eye are close together. Most strokes affect one side of the brain. Nerves from each eye travel together in the brain, causing both eyes to be affected. This means that if the stroke damages the left brain, the vision in the right eye will also be impaired. Vision can be reduced or appear obstructed when nerve fibers that transmit vision are damaged. Double vision is a result of the nerves that move the eyes and keep them aligned being damaged.

Another symptom of stroke is difficulty with walking, balance, or coordination. This condition is formally known as ataxia, which occurs when the part of the brain that controls the body’s movements is damaged by stroke. The muscles needed to walk are instructed to do so by signals sent from the brain. These signals, affected by the stroke that damages the brain and nerves, have trouble reaching the limbs. This, in turn, impairs a person’s ability to walk.

6. Sudden Severe Headache With No Known Cause

A sudden, severe headache with no apparent reason can be a sign of stroke. Certain strokes cause arteries to burst in the brain, causing bleeding and generating pressure on the brain. The headache results from the rupturing of blood vessels. Wherever the headache pain is can indicate where the stroke is happening in the brain.

Experiencing sudden confusion while having a stroke occurs when a stroke affects areas of the brain important to reasoning and judgment. Depending on how severe the stroke is, the cognitive process can be severely impacted due to brain damage. Vascular dementia results from no blood flow or decreased flow to the brain and can be a long-term symptom.

8. Sudden Numbness or Weakness of the Leg

The sudden numb sensation or weakness in the leg due to stroke is related to the part of the brain that is damaged. This happens when the nerves and brain cells associated with sensory and motor functions are inhibited and the brain can’t make the necessary connections or send the proper signals to the leg. As a result, the leg feels numb or weak. Other sensations include a sense of heaviness or tingling.

Ischemic strokes are responsible for around 80 percent of strokes today. This type of stroke ensues when the arteries in the brain become blocked or narrowed, causing severely reduced blood flow.

Transient Ischemic Attack (TIA), commonly referred to as “ministroke,” is an occurrence of symptoms similar to a stroke but for a shorter period of time. The brief decrease or loss of blood flow to your brain produces TIAs, which can last no longer than five minutes.

Similar to ischemic strokes, TIA happens when debris or clots block blood flow to the body’s nervous system. After the attack, there are no lasting symptoms or long-lasting tissue damage.