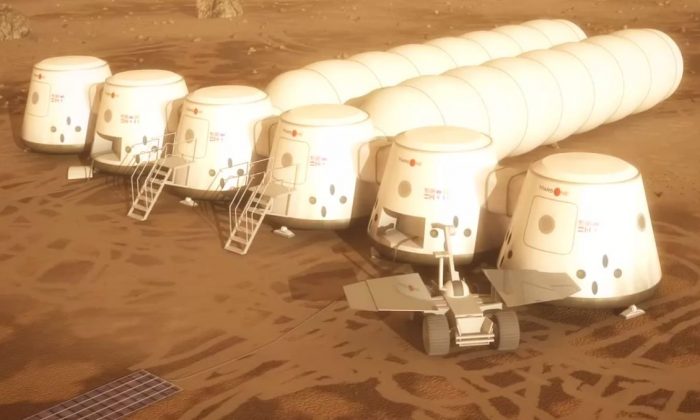 An artist's rendering of the planned Mars settlement. (Screenshot/YouTube)
Beyond Science

78,000 to Live on Mars: People Apply to Leave Earth Forever

In the end, 24-40 people will be chosen to be the first settlers on a planet other than Earth, with four flying every two years to Mars beginning in 2022.

Mars One, the nonprofit with the goal of establishing a human settlement on the planet, announced the milestone, two weeks into a 19 week application period.

“This is turning out to be the most desired job in history,” said Bas Lansdorp, co-founder and CEO of Mars One, in the announcement. “These numbers put us right on track for our goal of half a million applicants.”

The journey to Mars is one-way because after a prolonged stay in a weightless environment, the human body will not be able to adjust to the higher gravity of Earth upon return, according to Mars One.

See what it would be like to go on the Mars One mission.

See why people are applying to leave Earth and never come back.