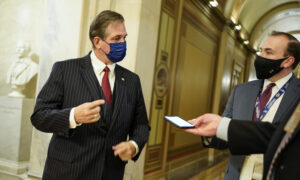 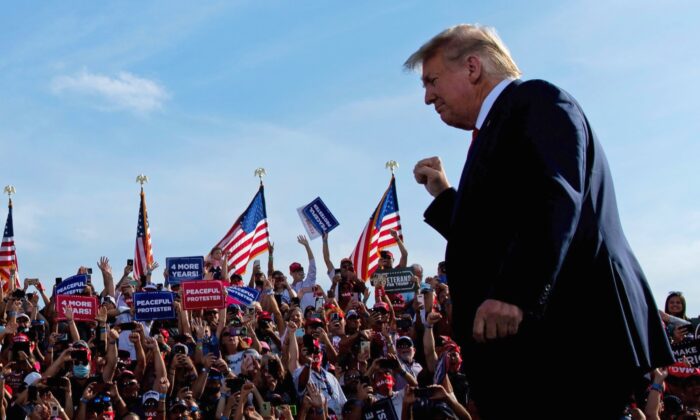 More than two-thirds of Republicans would join or consider joining a new political party if former President Donald Trump were to start one, a CBS News poll suggests.

The poll was conducted among 2,508 adults living in the United States by YouGov, a London-based online polling company, with a plus/minus 2.3 point error margin. The sample was weighted according to gender, age, race and education based on the U.S. Bureau of the Census’ American Community Survey, as well as the 2020 presidential vote and registration status.

In addition, 46 percent of respondents identified as Republicans said they believe it is “very important” for the party to remain loyal to Trump, with 27 percent saying it is “somewhat important.” Fifteen percent said the Republican loyalty to Trump is “not too important” and twelve percent said it is not important at all.

The poll also highlighted the hostility between Democrats and Republicans, with the latter somewhat more likely to view the former as enemies rather than political opponents. Fifty-seven percent of Republicans described Democrats as “enemies,” with the belief that their “life or entire way of life may be threatened” if their Democratic counterparts win. Forty-three percent say the Democrats are “political opposition,” that is, Republicans “just won’t get the policies they want” if Democrats win.

By contrast, 41 percent of Democrats described Republicans as enemies and 59 percent described them as political opposition.

Earlier this month, a Hill-HarrisX poll reported that 64 percent of Republican said they would either join or might join a “MAGA Party” or “Patriot Party” led by Trump. Thirty-six percent of respondents said it would be more likely for them to stay with the Republican Party.

“If Trump were to split from the GOP and create his own party, polling suggests he might well create the second largest political party in the country, knocking the GOP down to third place,” Dritan Nesho, CEO and chief pollster at HarrisX, told Hill.TV.