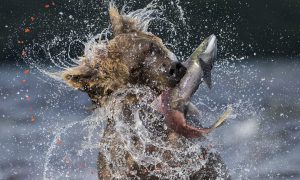 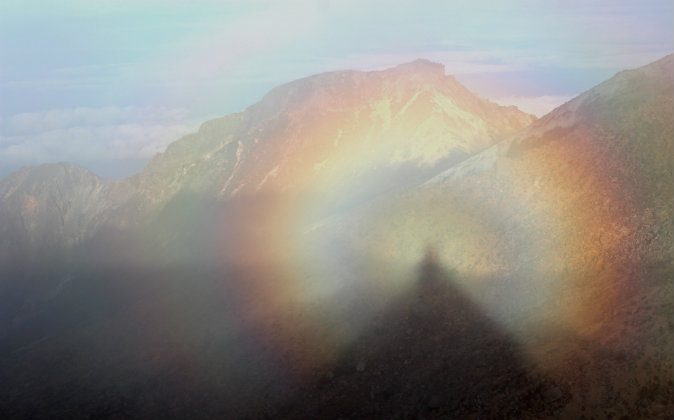 Brocken spectre on Mount Ontake, in Nagano Prefecture, Japan. Brocken spectres are shadows surrounded by rainbow light that appear hauntingly in the mountains. Learn more about them below. (Wikimedia Commons)
Environment

8 of the Craziest Natural Phenomena Out There (Photo Gallery)

It isn’t the Northern Lights, it’s a different phenomenon known as light pillars. In freezing temperatures, flat fluttering ice crystals may create a crystal fog near the ground. The crystals reflect lights from the ground up into pillar-like beams.

Light Pillars in over the Ruka ski slopes in Finland. (Timo Newton-Syms/Flickr)

The mouth of the Catatumbo River in Venezuela is almost constantly illuminated by lightning. The indigenous people referred to it as “River of Fire in the Sky.”

It was recently awarded the record for highest concentration of lightning in the world by Guinness World Records.

Guinness told the Huffington Post the area has almost 400 lightning flashes per square mile (250 per square kilometer) and that the lightning happens up to 300 nights per year. The lightning often starts at dusk and runs through until dawn.

Human figures appear surrounded by light. Meteorologists also call them glories. It is said that it is the observer’s shadow surrounded by rainbow fringes. The amazing phenomenon is observed in high mountains.

Mammatus clouds are often indicative of a strong storm.

No one is really sure what causes this cloud formation. They can stretch more than 600 miles (1,000 kilometers), and they occur about a mile above ground. They appear all over the world, but their appearance is most predictable in Burketown, Australia every spring. The clouds can move as fast as 40 mph with almost no wind.

Sun dogs are also known as mock suns or parhelia. The bright spots are created by sunlight refracted through ice crystals. Depending on how the ice crystals are oriented, an observer will see either a halo or a sun dog.