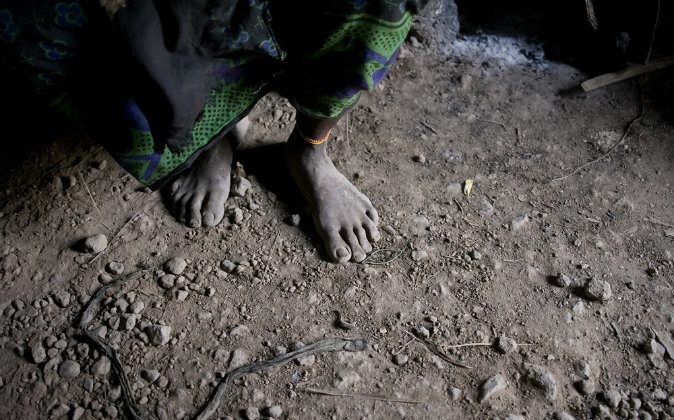 Public urged to look out for space rock 5 kilometres north or northwest of St. Thomas, Ont.

Canadian and NASA researchers believe one or more fragments of a rare and valuable meteorite may have landed near St. Thomas, Ont., after a fireball streaked across the sky in southern Ontario …

The meteorite from this event is particularly rare and valuable to science because the fireball was captured by seven all-sky cameras of Western’s Southern Ontario Meteor Network, allowing researchers to calculate its orbit – something that has only been possible for about 20 other meteorites in the past. …
Not only was there good data on the space rock’s orbit, but that orbit itself was special. It turns out the rock has spent most of its recent past circling closer to the sun than the Earth, having left its original orbit in the asteroid belt between Mars and Jupiter long ago. … (Read more)

If her age was recorded correctly, this would make her even old then the 118 y.o. Misao Okawa from Japan who is considered the world’s oldest supercentenarian.

Balakul Baltabayeva spent her youth in the turmoil years of Kazakhstan under the Russian Empire in the beginning of the 19th century. She worked as a shepherd in a kolkhoz for over 40 years. Yeseikhan village in Zhambyl Oblast was home to grandma Balakul who had three children. … (Read more)

This year’s guest at the Leipzig Book Fair is Switzerland, showcasing its literature and the Romansh language. This official language in the land of the Alps may be threatened, but its literary scene is buzzing. … (Read more)

Vaiko said the party would take efforts to rename “Union of India” as “United States of India”. “To safeguard unity and integrity of the country and strengthen federalism by giving away powers to the state, there is a need to review the Indian Constitution …” … (Read more)

A homeless man playing the piano in the streets of Prague within a project to revitalize the city has become “a star” on the Internet, where the video with him has been watched by tens of thousands of people, daily Mladá fronta Dnes (MfD) writes in its Prague supplement today.

The project to place pianos in various public areas for free, inspired by a similar activity abroad, was initiated by Prague café owner Ondřej Kobza in the summer of 2013. Since then, many local inhabitants as well as tourists have used this opportunity. … (Read more)

The Street Child World Cup (SCWC) is due to start in a little over a week’s time in Rio de Janeiro with the intention of aiding the most vulnerable members of global society. The aim of the competition is to unite under-privileged children through sport, while getting their message across that no child should have to live on the streets in the 21st century. …

Mr. Hewitt said, “230 former street children, aged 14 to 17, are coming to Rio from nineteen countries to take part in SCWC. Besides football there will be an arts festival and a conference on children’s rights.” … (Read more)

Kenya is a top global tourist destination and a major player on the continent’s political landscape. But despite this there are still many unknown parts of the country where amazing stories remain untold. … (Read more)

*Image taken at the Chalbi Desert in Kenya via Shutterstock