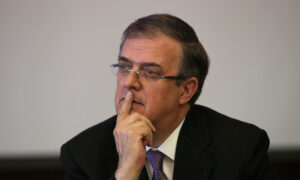 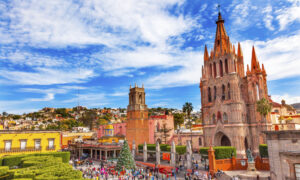 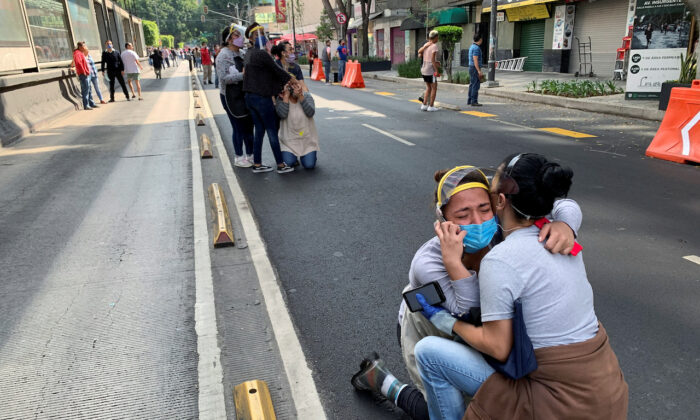 A powerful earthquake centered near Huatulco in southern Mexico was felt across the country, killing at least five people, according to reports.

The U.S. Geological Survey (USGS) reported that the quake was registered as 7.4 magnitude on the Richter scale. The tremor was centered about 7 miles west of Santa Maria Zapotitlan at around 11:30 a.m. local time.

A tsunami warning was issued along the Pacific coastlines around Central America.

The National Weather Service’s Pacific Tsunami Warning Center warned that that “hazardous” tsunami waves from the quake are possible about 600 miles from the quake’s epicenter. That includes the coasts of Honduras, Guatemala, El Salvador, and Mexico.

People who live in these coastal areas should stay alert, the center said.

“There is no tsunami threat to Hawaii” or other parts of the United States, the warning center said in another update.

Power was cut in some areas around Mexico, but there were no reports of injures, Fox News reported.

2,000 miles away from epicenter of the magnitude 7.4 #earthquake that hit Mexico, the seismograph at @VilleMarauders near Lancaster, PA has already detected the seismic waves. pic.twitter.com/0jwbrewNrL

Helicopters flew over downtown Mexico City and police patrols sounded their sirens. It was felt in Guatemala and throughout south and central Mexico.

Photos and videos posted on social media showed damage to some buildings in Oaxaca State, while reports said that buildings swayed in Mexico City, the capital, sending throngs of people out into the streets. One video showed the ground moving during the tremor in Oaxaca.

In Huatulco, a laid-back beach destination known for surfing and small protected coves, the earthquake knocked goods off shelves and some rubble from buildings. Mari González of the Princess Mayev hotel in Huatulco said staff and guests were able to evacuate the building before the quake, but that 45 minutes after the initial quake they were still outside as strong aftershocks continued. “It was strong, very strong,” she said.

Mexico’s Pacific coast is located along the seismically active “Ring of Fire,” an area of fault lines that encircles the Pacific Ocean. The vast majority of the world’s earthquakes and volcanic eruptions occur along the ring.

Earlier estimates put the magnitude of the tremor at 7.7, but it was revised down to 7.4 on the Richter scale.

Earthquakes of such size can be destructive. A 7.1 magnitude earthquake that hit central Mexico in 2017 killed more than 300 people in the capital and surrounding areas.