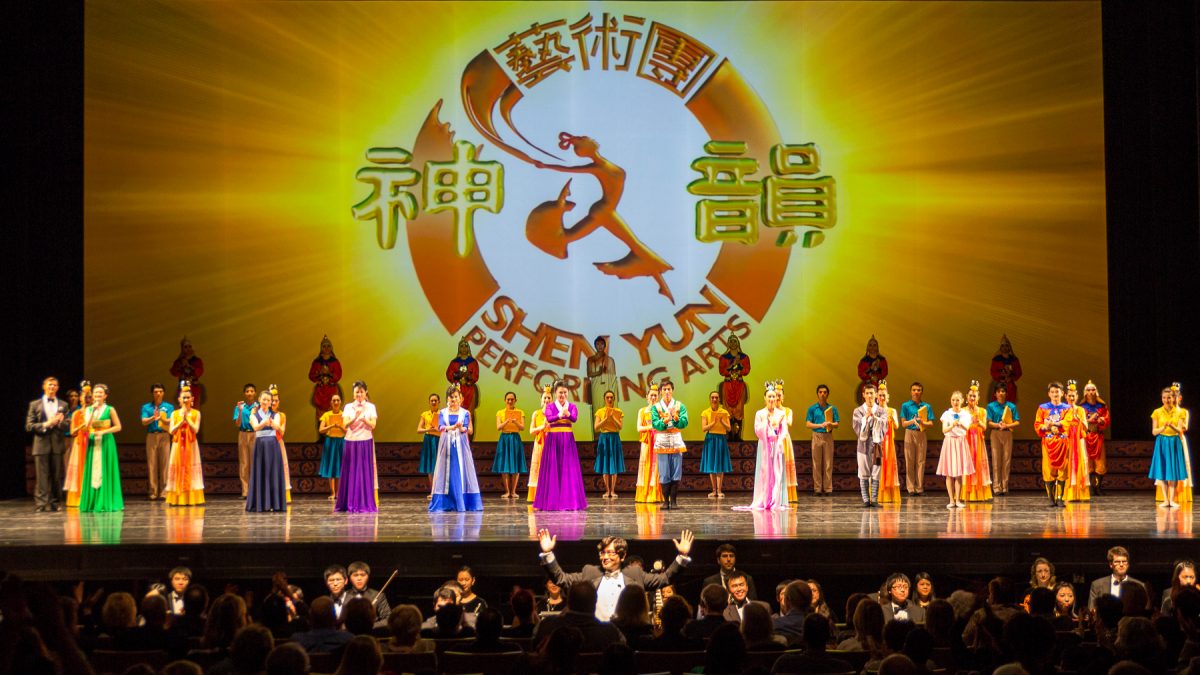 Shen Yun Is Awesome and ‘Gives you goose bumps’

MADISON, Wis.—In describing Shen Yun Performing Arts on April 10, Deloris Belanger said, “The beauty, and the precision, and the enjoyment is memorizing. It just gives you goose bumps.” She and her husband, Dan, had just seen the classical music and dance company at the Overture Center for the Arts.

“It’s one word: It’s awesome, awesome!” she said of her first time seeing the company. “It’s so unique I’ve never seen anything like this before.”

Shen Yun, based in New York, travels the globe presenting classical Chinese dance, an orchestra comprised of both Western and Eastern instruments, award-winning vocalists, and vibrant costumes and sets.

Attending with the Belangers was Father Michael, who Ms. Belanger said appreciated the artistry and the modesty of the female dancers.

“The girls are beautiful, and the boys are manly,” she said.

Ms. Belanger commented on the colors, the physicality and precision of the dancers, the music, “and, of course, the backdrop is amazing. It’s, amazing. It’s hard to explain.”

Digitally animated backdrops help bring audiences into the performances since they are interactive with the live performers.

“I just can’t wait to tell my children about it,” she said.

Although Ms. Belanger never really followed Chinese culture before, she was beginning to appreciate it.

She thought that some of the mythic stories were appealing, “especially the meatball—that makes you laugh. It was funny too,” she said.

Not all the stories were funny. A couple of the dances depict the current persecution of people of faith in China.

You are “seeing all of the good, and then it hits you, the bad part about the persecution nowadays,” she said, which angered her.

But overall, “It is just amazing. I am going to get my children come tomorrow night,” she said.