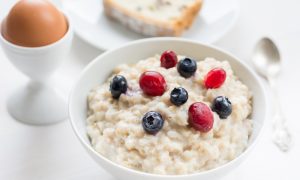 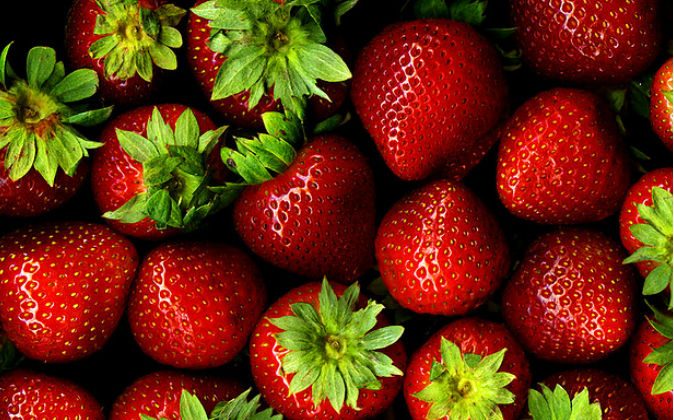 If you live in the US, summer will soon be upon us, bringing with it a bounty of in-season produce. There’s no question that seasonal produce tastes better, but because it’s fresher that means it’s likely healthier too. When you purchase produce seasonally (and locally grown), its nutrients won’t have time to degrade like the same food left to sit in cold storage for days or weeks.

In the past, the primary measure of whether a person’s diet was healthy had to do with measuring food groups and nutrient intake. But recent research suggests that the purchase of seasonal and local foods should be added to algorithms used to evaluate how healthy a person’s eating patterns are.1

While many fruits and vegetables reach their peak during the summer months, there are several that taste best right now… during the month of June. Head out to your local farmer’s market with a basket or two in tow… and keep an eye out for these six foods that taste best in June:

Have you noticed “pick your own strawberry” signs popping up where you live? This means strawberries are ripe and ready. Strawberries are rich in vitamin C, manganese, potassium, and folate, along with anthocyanins, ellagitannins, flavonols, terpenoids, and penolic and ellagic acids, phytonutrients that have anti-inflammatory benefits.

In particular, the flavonoid fisetin in strawberries may kill breast cancer cells, while triterpenes in strawberries are known for their “immense” anti-inflammatory potential. In addition, women who eat more than three servings per week of blueberries and strawberries had a 32 percent lower risk of having a heart attack in one study.

The benefit was due to flavonoids in the berries known as anthocyanins, which are antioxidants that give these fruits their characteristic red and purple hues. Although strawberries are a valuable source of nutrition, do eat them in moderation.

As a rich source of folate, a B vitamin that helps your body make dopamine, serotonin, and norephinephrine, asparagus is a “feel-good” veggie that may support your mood.

Asparagus is also high in glutathione, an important anti-carcinogen, and contains rutin, which protects small blood vessels from rupturing and may protect against radiation. Asparagus is also a good source of vitamins A, C, K and E, B-complex vitamins, potassium, fiber, and zinc.

This perfect summer veggie is also a good source of inulin, a “prebiotic” that helps nourish beneficial bacteria in your gut. These beneficial bacteria in turn assist with digestion and absorption of your food, and play a significant role in your immune function. Inulin has also shown particular promise for type 2 diabetes.

Women with type 2 diabetes who consumed 10 grams of inulin a day for two months had improvements in glycemic control and antioxidant levels.It’s thought that inulin may work to improve diabetes by positively modifying gut microflora or due to a direct antioxidant effect.

During the summer, try lightly steaming or sautéing asparagus, then chilling it for addition to salads. As long as it’s not overcooked, it should give you a pleasant crunch.

If you’ve only had frozen peas, you’re missing out on a treat. Fresh green peas are sweet and so delicious you’ll find unlimited ways to use them. Peas, a type of legume, are also packed with some of nature’s most potent disease-fighting compounds, including a polyphenol called coumestrol.

Research has shown that those with the highest intakes of coumestrol and other natural plant chemicals called polyphenols had a 50 percent lower risk of stomach cancer.

Other phytonutrients in peas, including saponins, phenolic acids like ferulic and caffeic acid, and flavanols like catechin and epicatechin, have also been shown to offer powerful antioxidant and anti-inflammatory benefits, and may be responsible for peas’ beneficial impact on diabetes.

Green peas are also unique in their relatively large amounts of protein and fiber, which may help with blood sugar regulation. Interestingly, peas also impart many benefits to the environment in which they’re grown. For example:

Peaches will be ripe and juicy in June, and they’re loaded with a wealth of nutrients, including vitamins C, A, E and K, potassium, niacin, copper, and iron. Peaches also contain flavonoids such as lycopene and lutein, along with zeaxanthin and cryptoxanthin.

Polyphenols in peaches have been found to inhibit the proliferation of breast cancer cells, and even contain bioactive compounds that may fight off obesity-related diabetes and heart disease. One medium peach contains about six grams of fructose, however, so, like strawberries, they should be eaten in moderation.

Beets are fresh and tasty in the summer and make a wonderful addition to salads. Beetroots have the highest sugar content of all vegetables, but they also contain a wealth of vitamins, minerals, and antioxidants. Adding beets to your diet a few times a week is a good way to benefit from their nutrition without overdosing on their high amounts of sugar.

The powerful phytonutrients that give beets their deep crimson color may also help to ward off cancer. Research has shown that beetroot extract reduced multi-organ tumor formations in various animal models when administered in drinking water, for instance, while beetroot extract is also being studied for use in treating human pancreatic, breast and prostate cancers.

Beets are also high in immune-boosting vitamin C, fiber and essential minerals like potassium (essential for healthy nerve and muscle function) and manganese (which is good for your bones, liver, kidneys, and pancreas). Beets also contain the B vitamin folate, which helps reduce the risk of birth defects.

The betalin pigments in beets support your body’s Phase 2 detoxification process, which is when broken down toxins are bound to other molecules so they can be excreted from your body. Traditionally, beets are valued for their support in detoxification and helping to purify your blood and your liver. For a treat, try this beet salad with walnuts and goat cheese.

Green garlic or spring garlic is young garlic that hasn’t yet developed a mature bulb. It is milder in flavor than regular garlic and has a green top, similar to a scallion, which is edible as well. If you’re lucky, you can find green garlic at your local farmer’s market. Use it in any recipe as you would garlic, scallions, or leeks.

As for health benefits, garlic is rich in manganese, calcium, phosphorus, selenium, and vitamins B6 and C, so it’s beneficial for your bones as well as your thyroid. It’s thought that much of garlic’s therapeutic effect comes from its sulfur-containing compounds, such as allicin, which are also what give it its characteristic smell. Other health-promoting compounds include oligosaccharides, arginine-rich proteins, selenium, and flavonoids. There are studies demonstrating garlic’s effects for more than 160 different diseases. In general, its benefits fall into four main categories:

In addition, garlic may be effective against drug-resistant bacteria, and research has revealed that as allicin digests in your body, it produces sulfenic acid, a compound that reacts with dangerous free radicals faster than any other known compound.

Ideally, all of the produce you eat would be organic. The largest study of its kind found that people who “often or always” ate organic food had about 65 percent lower levels of pesticide residues compared to those who ate the least amount of organic produce. Research also found that organic produce had, on average, 180 times lower pesticide content than conventional produce. That being said, not everyone has access to a wide variety of organic produce, and it can sometimes be costlier than buying conventional.

One way to save some money while still lowering your risk is by focusing on purchasing certain organic items, while “settling” for others that are conventionally grown. The pesticide load of different fruits and vegetables can vary greatly. Consumer Reports analyzed 12 years of data from the USDA’s Pesticide Data Program to determine the risk categories (from very low to very high) for different types of produce.

Because children are especially vulnerable to the effects of environmental chemicals, including pesticides, they based the risk assessment on a 3.5-year-old child. They recommended buying organic for any produce that came back in the medium or higher risk categories, which left the following foods as examples of those you should always try to buy organic. You’ll notice two of the June foods mentioned above – peaches and strawberries – on this list:

In case you were wondering, in order to be certified organic, a food must be grown without the use of synthetic pesticides. However, certain natural pesticides, and a few synthetic ones, are allowed, even in organic farming. Yet, the differences in their use and safety in organic farming versus conventional are vast. According to Michael Sligh, a farmer, founding chairman of the National Organic Standards Board, and Just Foods Program director at Rural Advancement Foundation International:

“Before a pesticide is even approved for use in organic farming, it must be evaluated for potential adverse effects on humans, animals, and the environment, and prove it’s compatible with a system of sustainable agriculture. And farmers must follow integrated pest-management plans that require that they use any approved organic pesticide as a last resort and develop strategies to avoid repeated use.”

*Image of strawberries via Sharon Mollerus/Flickr/CC BY 2.0