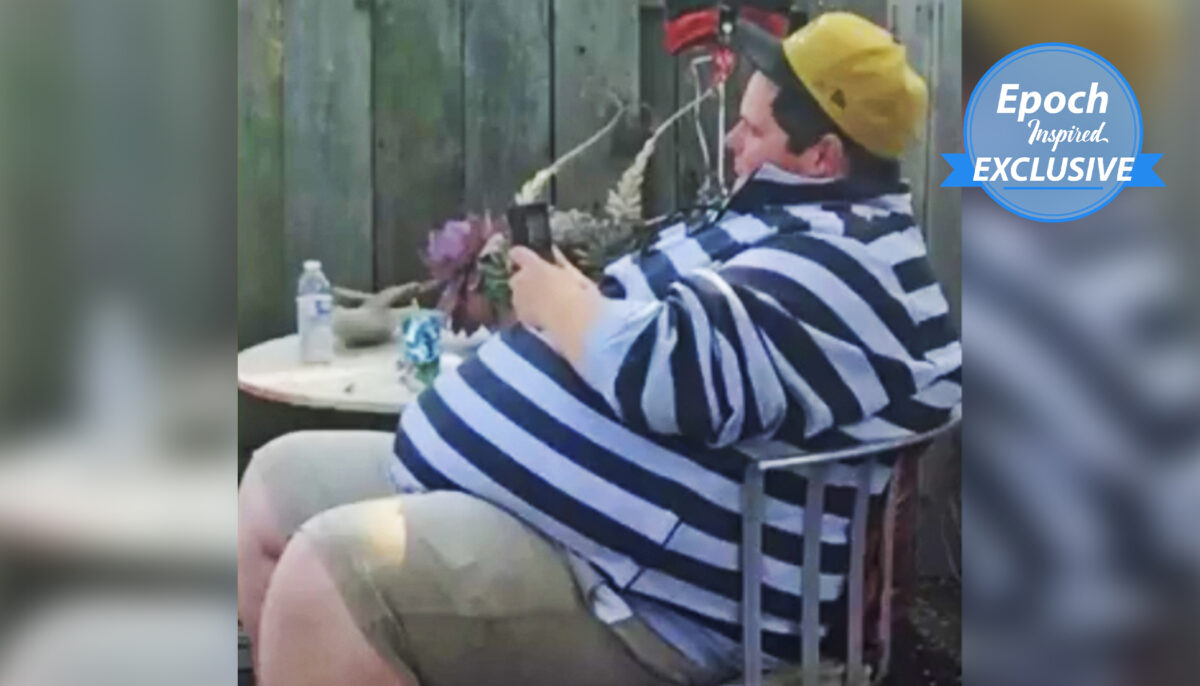 "I wanted my story to be, 'The guy that overcame.'"
BY Louise Chambers TIMEDecember 12, 2020 PRINT

A California man has reached the peak of an epic 320-pound (approx. 145-kilogram) weight loss transformation after four years of hard work. He defines his transformation as “finally changing the narrative” of his life.

Dustin Hall, 36, of Lathrop, who stands at 6 feet 3 inches tall, used to weigh 534 pounds (approx. 242 kg). Today, he is expecting his first daughter with his wife, Raquel. But life didn’t always feel so triumphant.

“My story my whole life has been being the ‘big guy,’ or hearing, ‘Oh wow, you’re big,’” Dustin told The Epoch Times via email. “I wanted my story to be, ‘The guy that overcame,’” he added.

His incredible transformation must be seen to be believed.

Dustin’s weight loss journey began in July 2016. He had been consuming around 13,000 calories a day, indulging in a diet rich in sugar, fast food, and gallons of soda.

“A big wake-up call for me was waking up in the middle of the night gasping for air,” Dustin said. “The excess weight around my neck and face area was causing me to hold my breath and lose oxygen.”

“I couldn’t shower properly, it was embarrassing. I couldn’t tie my shoes and I was always struggling to breathe. I felt trapped and suffocated,” he added.

Unable to play with his beloved nephews, Dustin sat on the couch, waiting for the children to come to him.

As a subrogation specialist, he said, his large size had to be accommodated at work, and he was constantly embarrassed by not fitting into the venue and restaurant seats. On airplanes, he had to use two seats and be medically preboarded.

Dustin and Raquel wanted to start a family. He knew that weight loss was imperative if their dream was to come to fruition. He underwent gastric bypass surgery at the recommendation of his doctor, a major surgery that limits the capacity of the stomach to a fraction of its former size.

His second plan of attack was to overhaul his unhealthy diet.

“I’ve come to understand that 80 percent of the weight loss or health journey is diet,” he said.

“I was a stress eater,” he said. “I binged during emotional times and I was addicted to food. It was only after I focused on overcoming that dependency that my long-term health outlook improved.”

Dustin developed a high-protein diet and limited his sugar intake, eating around 2,800 calories a day.

He said he doesn’t treat “off-plan” foods as cheating but rather as part of a balance that will last into the future.

Dustin bought a Fitbit and started walking 10,000 steps a day. He eventually graduated to the gym, where his exercise routine took off, incorporating both cardio and strength training.

Dustin shared cultivating mental stamina is just as important as diet and exercise. What keeps him motivated are memories of his limitations as a 534-pound (approx. 242-kilogram) man.

“The maintenance side is as hard, if not harder, than losing [weight],” he said. “Once I reached my goal weight, I can only go up. My plan has really helped … I truly believe that knowledge is power.”

Halfway through Dustin’s weight loss journey, he gained a couple of teammates: his mother and his wife.

With his insider knowledge of the struggles associated with major weight loss, Dustin decided to make his story public. His Instagram page has amassed over 62,000 followers and functions as a huge source of inspiration to others.

Sharing amazing “before” and “after” photos on his social media channel, Dustin wrote: “Plenty of ups and plenty of downs but I’m here today because I showed up … You are not going to just wake up at your goal, it’s gonna take time. Embrace it.”

“It feels like someone took a huge weight off and someone took the tape off my mouth,” he told The Epoch Times. “I feel free.”