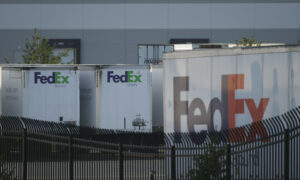 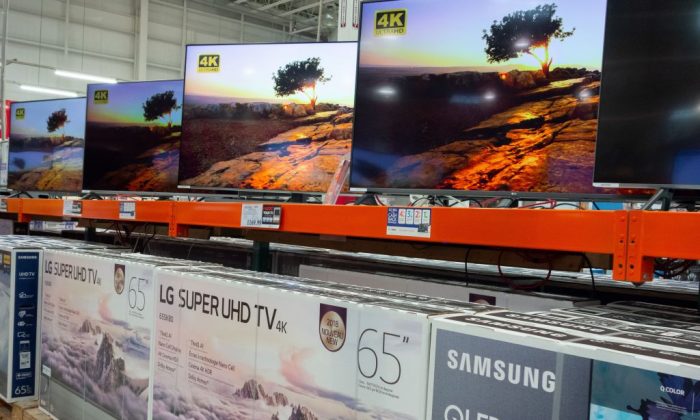 Samsung high definition televisions are seen for sale at a Costco store in Washington, DC, September 27, 2018. - A universe of Chinese-made goods found in every American home is now subject to the sprawling tariffs imposed by President Donald Trump, with the brunt of costs to be borne by US consumers, key drivers of the American economy. (Photo by SAUL LOEB / AFP) (Photo credit should read SAUL LOEB/AFP/Getty Images)
Crime and Incidents

A 5-year-old Arkansas girl is fighting for her life after a television and dresser toppled over and fell on her.

Adryanna Nicole suffered several broken bones and other injuries and was rushed to the hospital after the incident in Marked Tree on the weekend before Thanksgiving.

James Stone, her father, said that the girl was playing with other children and preparing to watch a movie on the television when the accident took place.

“She pulled the drawer out and was trying to climb up there and turn on the DVD player, and it just toppled over,” he told WREG.

The television, an older model, and dresser fell on her. She was unresponsive, had fractured bones in her face, and was bleeding excessively.

Doctors told the family she would likely die but so far she has survived, Stone said.

He said the family isn’t sure whether she’ll make it through but she’s started breathing on her own.

Between 2000 and 2016, more than 300 people were killed by a television tipping over. Most were children 5 years old or younger.

“At this age, children are at a developmental stage where they like to climb, jump, and are eager to exert their independence by dressing themselves or putting on their favorite shows,” Catherine Kim, public affairs specialist at the Consumer Product Safety Commission, told Consumer Reports.

Accidents involving televisions that tip over, and often pieces of furniture in addition to the TVs, also send thousands of people to emergency rooms. The commission figures one person is rushed to the ER every 52 minutes because of such accidents.

Consumer Reports recommends mounting televisions on the wall as opposed to keeping them on furniture. If they’re high enough, young children can’t reach them.

If people can’t or won’t wall-mount a TV, they can secure the television to a wall using anti-tipping straps, while furniture holding the television can be anchored to the floor or wall. Avoid placing televisions on dressers.

In late September, an 80-pound television set fell on the head of a 2-year-old boy in Connecticut.

The boy was rushed to the hospital and died the next day. Sgt. Joseph Kennedy said the TV was an old, tube-type television.

An autopsy found the death to be accidental, reported the Connecticut Post.

Kennedy said the boy may have been climbing up the set of drawers on which the television was set when the device fell on him.

Earlier in September, a television fell on a 21-month-old boy in Canada, killing him.

Mother Corina Cantin said on Sept. 8 that she woke up to a loud thump in her apartment.

“I ran into the bedroom and I opened the door and when I walked in I saw the TV… and it was on his head and I threw it off of him,” she told Global News. She said the big, older television was on top of a dresser, which her son had been climbing when it toppled onto him.

“I never in a million years thought that that TV would fall,” she said. “I weight-tested it myself … and it didn’t budge. He was a less-than-30-pound baby and he was able to knock it over.”