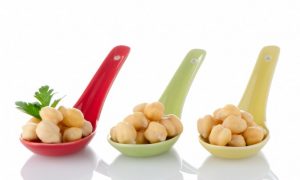 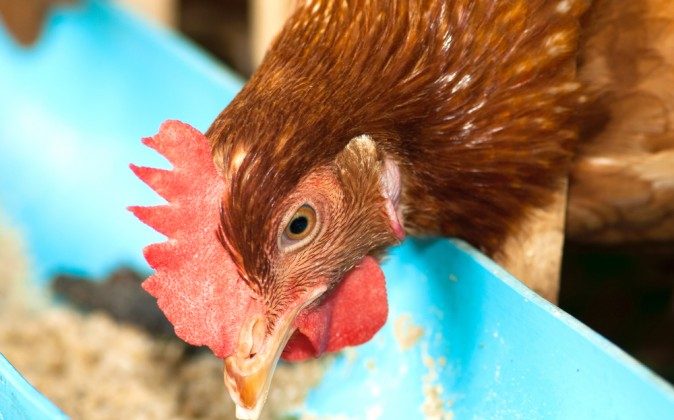 5 Things You Need to Know About Chicken

Though America still eats more meat than any virtually other country in the world, consumption at home has been on a downward slide for the past several years. Concerns about factory farming methods and its environmental impact; animal welfare; potential health risks as well as the Meatless Monday movement, all have helped fuel the slide. And while some have cut out meat altogether, many people have simply swapped cows for chicken, thinking it a healthier or earth-friendlier option. Not surprisingly, the switchover to chicken has increased demand and the poultry industry has answered the call, in a way that’s anything but healthy for man or bird. In short, chicken’s got problems – and if you’re a poultry-eater, so do you. Let’s break it down:

Factory-Farmed Chicken – It’s for the Birds

Factory-farmed chicken, aka Big Chicken, is the stuff of nightmares: over-stuffed coops, floors covered with excrement and thousands of live animals packed so tightly they’re barely able move, much less engage in comfort behaviors like pecking, wing-stretching or simply walking. The result: stressed-out chickens with reduced immunity to the illnesses that rip through over-crowded facilities. The sick birds (and often the well ones) receive multiple courses of antibiotics, traces of which eventually wind up in our bodies, and over time contribute to antibiotic resistance. In short, nothing good is happening down on the ol’ Big Chicken farm.

The U.S. raises roughly 10 billion chickens a year, which generate billions of pounds of excrement annually. While some is used as fertilizer, there’s literally tons more waste, which, no matter how well-managed, still tends to “spillover,” contaminating air, land and water. And poultry processing is pretty tough on people too. Workers face daily exposure to the toxic chemicals used to clean and disinfect poultry, which often trigger severe respiratory problems, sinus troubles, rashes and burns. If that weren’t enough, poultry production is also indefensibly and insanely wasteful: it’s estimated that it takes roughly 700 gallons of water and 6 pounds of grain to produce just 1 pound of chicken meat. Is this any way to spend our precious resources?

What the Cluck? Your Chicken’s Going to China – and Back

In what must be one of the looniest pieces of legislation ever, late this past August, the U.S. Department of Agriculture, perhaps thinking everyone was on vacation and wouldn’t notice, cleared the way for your birds to go on an all-expense paid trip from the U.S. to China and back. In China the chicken will be cooked, packaged, and then shipped back to the U.S for sale. Given China’s questionable track record on food safety, this seems like one of the most wasteful and potentially dangerous chicken-processing schemes ever devised. I urge you to fight back by refusing to buy pre-cooked, ready-to-serve or heat ‘n eat, processed chicken products – no matter how much the kids protest!

Connect With Your Chicken – And Look for Pasture-Raised

While raising your own chickens is fantastic for those who can, chances are you’re not one of them. The next best thing is to get to know a local chicken producer from whom you can source fresh, pasture-raised birds. You’ll find them through your local farmers market, health food store, food cooperative or CSA – or visit localharvest.com for lists of small-scale, local and organic farms. An added bonus with these types of extra healthy birds: feel free to eat the skin! For years we’ve been brainwashed into thinking skin is bad but if it’s from healthy, pasture-raised chickens, it’s all good, as they say. If it comes from one of the aforementioned good, clean, toxin-free sources, the saturated fat found in chicken is not bad for you – so enjoy that chicken skin you’ve been denying yourself all these years.

If you must go the supermarket route, then bone up on the sometimes confusing terminology and buy the best chicken you can afford:

Take a Page From Grandma and Lighten Up

With the rise of Big Chicken and availability of cheap, plentiful, low-quality factory-farmed birds, we’ve come to expect a chicken in every pot, every day. Look back just a generation or two and you’ll see that for some of our parents and many of our grandparents, poultry was a special occasion treat, not an every day event. Perhaps it’s time we take a page from Granny’s book and start cutting back on chicken consumption to help the environment, the animals, the workers and ourselves. Here are a few suggestions on how to get the ball rolling:

BOTTOM LINE: I encourage you to buy the best, healthiest, freshest, pasture-raised, organic poultry (and meats, too!) possible – and savor every bite.

This article was originally published on www.drfranklipman.com. Read the original article here.

*Image of “chicken” via Shutterstock