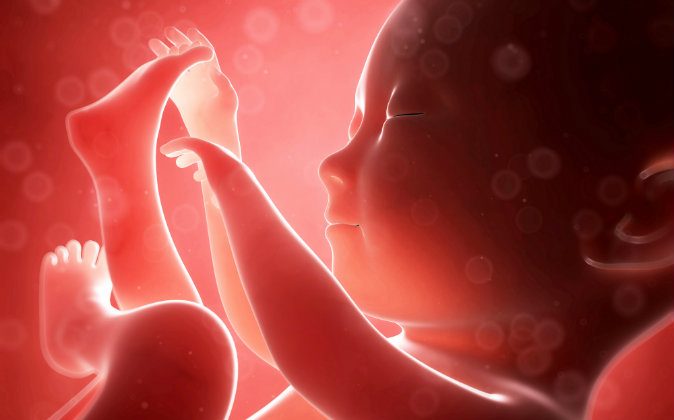 Many people report memories of being in the womb, being born, and—in the most mystical cases—of being in another realm before entering the womb.

It is difficult to prove this phenomenon exists outside of anecdotal evidence, but for many people this is a very real experience.

Elisabeth Hallett, a registered nurse with a degree in psychology, wrote in her book “Stories of the Unborn Soul: The Mystery and Delight of Pre-Birth Communication” that we don’t hear often about pre-birth experiences because: “It’s scary to reveal an experience that contradicts the common view of reality. As one woman said, ‘I have been reluctant to share these experiences, mostly out of fear that people would think I was completely nuts.'”

On the Near-Death Experience Research Foundation website, Nicola E. told the story of a student of hers named Michael. Nicola was friends with Michael’s mother, who died when he was only a few months old. She had witnessed Michael’s birth, as she had gone to the hospital support her friend, who was a single mother. Nicola didn’t have further contact with Michael or his family after her friend died, until he was a student in her 4th grade class. Nicola and Michael didn’t discuss Michael’s mother much, but he knew they’d been friends.

The students were asked to discuss their earliest memories. Michael put up his hand and proceeded to describe in detail traveling to the hospital with Nicola as she was going to attend his birth.

He said he was in her grey car, he remembered the lyrics to the song that was playing, he saw Nicola stop at a gas station to ask for directions to the hospital, he saw her use a payphone in the hospital, and take a sweater that wasn’t hers in the waiting room and put it on.

All of these things were true.

She had a grey car at the time, but hadn’t since about two years after Michael’s birth. Some words Michael remembered from the song corresponded to a song she listened to often on a tape in that car. It was a rural hospital and she got lost on the way, so she stopped at a gas station for directions. The hospital didn’t have cell phone service, so she used a payphone. She was ashamed that she took a sweater that wasn’t hers; no one was around to claim it, it was just laying there, and she was very cold, so she put it on and kept it. She never told anyone about this.

A man named Michael Maguire told Hallett his experience can be compared to waking from anesthesia:
“I can clearly remember being in the spiritual, and then suddenly finding myself on Earth trapped in a baby’s body. It’s a bit like having an operation. One moment you’re in an operating theater counting back from 10; the next you find yourself in the recovery room. The major difference is that when you have an operation, you’re drowsy before and after the operation. With my experience, I was fully mentally alert before and after the transition to Earth.”

A woman named Joelle told Hallett that when she was in her 30s, her aunt told her about complications during her birth, which her mother had never mentioned to her. Memories she seemed to have from the time of her birth made more sense to her after her aunt’s revelations.

Her aunt told her that hers was an emergency birth at home. She was lifeless when she came out of the womb. Her aunt put her little body in another room, thinking she was dead. The midwife arrived and was thankfully able to revive the baby.

What Joelle remembers is: “being in a place indescribable. It’s peaceful there, quiet, other people are with me. They are one. We are one. Not male, not female—I can see it in my mind’s eye but I can’t describe it. There are no voices, but I hear words. Someone says, ‘There’s a body, the person who had it felt it was too difficult a life and changed their mind.’ If I want it I have to go now, now. I hesitate, I hear a voice near me say, ‘No, it’s too soon, too soon, wait a while,’ but I can’t wait. I must go back. Someone says, ‘Decide now.'”

‘That’s the lady who took care of me before I was born!’

The following story was shared on Reddit: “My coworker told me a story about his 4-year-old daughter. He and his wife took her to an old mission in town that’s a bit of a tourist attraction and has a statue of the virgin Mary near the entrance. His daughter immediately points to the statue and exclaims, ‘Daddy, I know her! That’s the lady who took care of me before I was born!'”

Linda Parrino shared her story on an About.com forum about pre-birth experiences: “I remember floating on a cloud. There were pink and blue clouds as far as I could see. I was at peace, I heard a voice that sounded like a woman but I did not see her. She spoke softly and the communication was more like speaking with the mind. I remember her telling me it was my time to go to Earth and be … born. I responded that I wanted to stay there, where I was safe. She said you have to go now, don’t worry you will be fine. I have had this memory as far back as I can remember and it has been a comfort to me all of my life.”

*Image of a fetus via Shutterstock