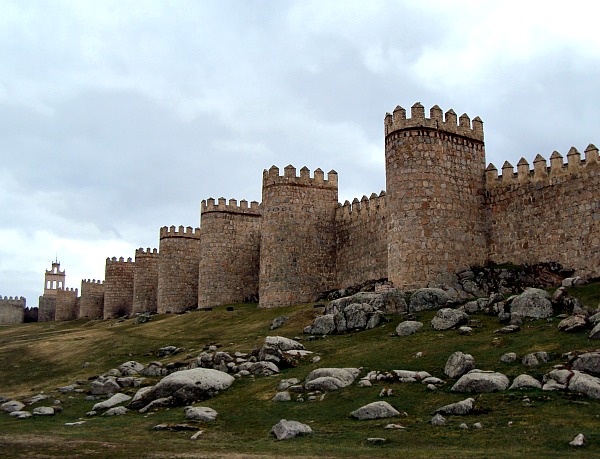 5 Medieval Spanish Towns and Villages That You Shouldn’t Miss

The Middle Ages were a period of war and upheaval throughout Europe. After the fall of the Roman Empire, the Iberian Peninsula (Spain and Portugal) was ruled by Germanic Visigoths before being invaded by the Moors from North Africa. There then followed nearly a thousand years of “reconquest” as Spanish armies battled to defeat the Moorish Caliphates.

Today there are dozens of villages and towns across Spain where, with a little imagination, you can step back in time to the Middle Ages. The following are five of my favorites:

Toledo was one of the most important cities in medieval Spain. The old walled city has a strong Christian, Muslim, and Jewish heritage which has remained almost untouched by the passage of time. The main attractions include the 13th-century cathedral, the 10th-century Alcazar and the Sephardic museum. Having said that, for me the highlight of a visit to Toledo is just wandering the narrow streets and losing yourself in the city’s vibrant past.

Albarracín dates back to the 10th century and gets it’s name from the medieval ruler Ibn-Racin. Often overlooked by foreign visitors, Albarracín is considered to be one of the most beautiful medieval villages in Spain and is increasingly popular with Spanish tourists. The surrounding area is also popular with hikers and climbers and there are several good hotels and restaurants in the village.

The fortified old town of Peñíscola was built on a rocky peninsula jutting out into the Mediterranean Sea. During the 13th Century the town was controlled by the legendary Knights Templar who built the impressive castle which was the backdrop for the classic 1960’s movie “El Cid” starring Charlton Heston and Sophie Loren.

The imposing 40-foot high granite walls surrounding Ávila were constructed during the 12th century. The best views are to be had by approaching the city at night when the walls are floodlit. During your visit you should also sample the delicious Yemas de Ávila which are available in most of the town’s bakeries and pay a visit to the funky Museo Teresiano museum which houses a collection of unusual religious artifacts.

If you have some time to spare, your own transport and fancy getting right off the beaten track I suggest you pay a visit to Frías. With a population of less than 300 people, this tiny medieval village boasts an impressive Romanesque stone bridge and a rather precarious 12th-century castle.

Copyright © 2014 by Traveling Ted. This article was written by Richard and originally published on travelingted.com