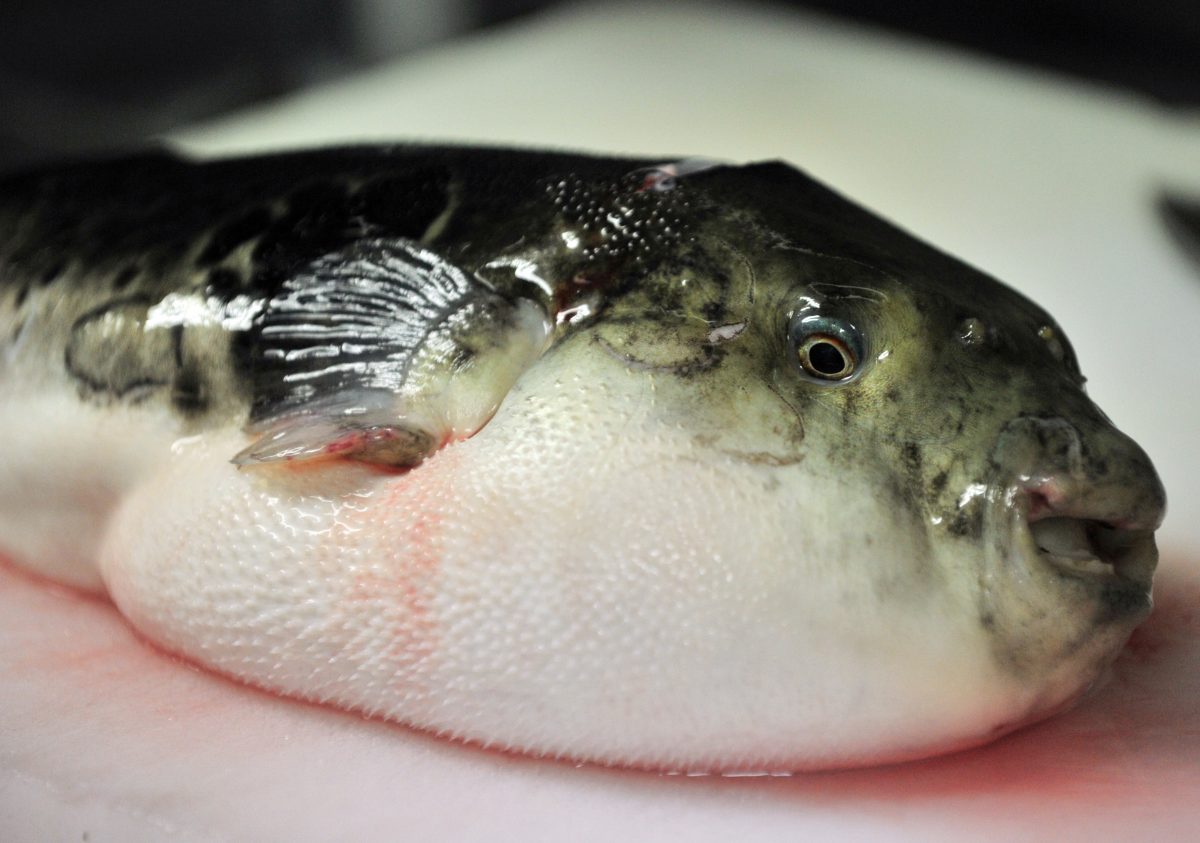 A puffer fish, also known as fugu in Japan, on a chopping board. (Yoshikazu Tsuno/AFP/GettyImages)
People

The last thing you should think about while eating is that your dinner could kill you. Yet there are some foods out there with the potential to kill that people still knowingly seek out. Some crave the taste, others the thrill. Many of these foods are even considered delicacies in certain regions of the world.

Probably one of the first foods that comes to mind is the Japanese delicacy known as Fugu or puffer fish because of the way it inflates or puffs up when threatened. There is a poison called tetrodoxin that permeates the liver, skin, and ovaries of this fish and if not prepared properly can send someone into paralysis—and since there is no known cure, it can eventually leads to death by asphyxiation.

Another exotic dish from Japan and Korea is called Sannakji or “Live Octopus.” Actually it is a simple dish to prepare and is made of baby octopus legs. It is considered a delicacy because the tendons are still wiggling even after they are cut off. So be warned: when eating, if not chewed completely, an active suction cup could inadvertently stick to your throat and cause choking. This is a particular danger when drunk.

In Jamaica, a traditional dish is ackee and saltfish. Ackee is fruit rich in vitamins and protein and has a cheese-like taste, but if eaten before it’s ripe—meaning before it naturally opens on the tree— it can cause one to become ill and possibly lead to death. This is due to the toxins called Hypoglycin A and Hypoglycin B which can drastically lower a person’s blood sugar (hence similar to hypoglycemia, but much worse) and cause severe vomiting. Yet ackee is a staple food in many countries and is in fact the national fruit of Jamaica.

Found almost exclusively in Sardinia, Italy this cheese is actually fermented to a point that many consider decomposed. This is because a certain fly’s larvae are introduced to the cheese to helps the fermentation. Sardinians consider the cheese to be rotten if the maggots have died and insist that the only way to eat this cheese is when the maggots are alive. The danger here resides in that in extreme cases if the maggots are swallowed there is chance the maggots can tear a hole in your intestines or stomach. Hence sometimes when it is prepared, a piece will be broken off and put into an air-tight bag. The maggots will then suffocate, but not before they leap out of the cheese.

The root and leaves of the cassava plant contain much cyanide and if improperly prepared can cause cyanide poisoning, hence it must be boiled or otherwise cooked before eating. However, in many places of the world such as Africa, Asia, Latin America, and the Caribbean where it is native, cassava is one of the major sources of starch after rice and corn. 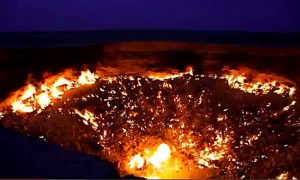 TravelBy Marc Sahr
Need a Vacation? The 5 Most Hellish Places on Earth
04-10-2014
sharecomments