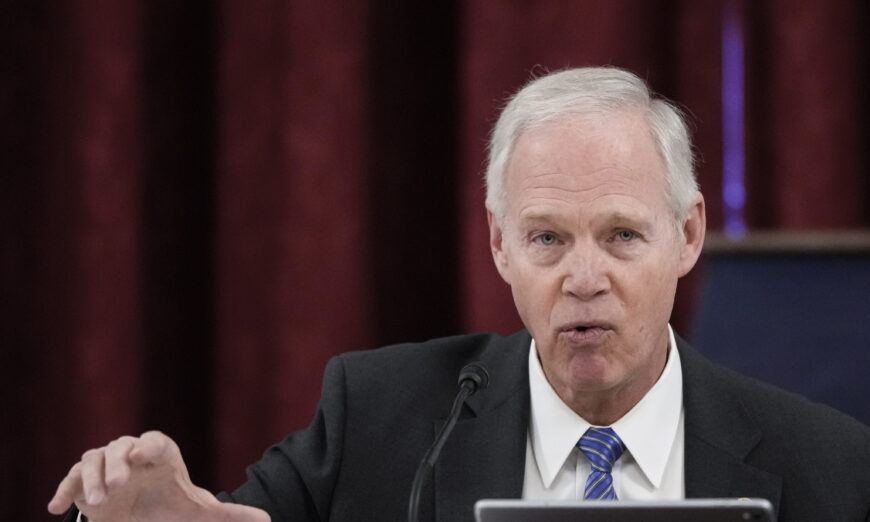 Here are four takeaways from the panel.

Edward Dowd, a former BlackRock analyst now with the Humanity Project, showed data from the Society of Actuaries 2021 Group Life Insurance survey that showed a jump in excess mortality among young and middle-aged adults starting around the time the vaccines began being administered.

The only thing that changed at the time, Dowd said, was “vaccines and mandates.”

He pointed out that Denmark and the United Kingdom, among other countries, have stopped recommending or entirely halted vaccination of young, healthy people because of growing concerns over side effects like heart inflammation that can lead to death.

“Why are our health authorities still pushing this vaccine if other countries are backing off?” Dowd asked.

Representatives from major U.S. health agencies, including the Centers for Disease Control and Prevention (CDC), were invited to the discussion but did not attend.

Josh Stirling, an insurance analyst, presented an analysis of data from the United Kingdom that concluded death rates were higher among the vaccinated as of May 2022.

Several vaccines have been linked to side effects such as myocarditis, a form of heart inflammation that can turn deadly.

Doctors testifying during the panel said they’ve seen an increase in patients with the inflammation.

Moon said she saw a handful of cases in her 20 years of practicing before the pandemic. The number has jumped since the pandemic started, she said.

Milhoan said that the research that’s emerged shows myocarditis and a related condition, pericarditis, are caused by the Moderna and Pfizer vaccines.

Moderna and Pfizer have not responded to requests for comment on heart inflammation.

The studies show that the spike protein, which the vaccines cause the body to make, is “cardiotoxic and cause the heart to be inflamed,” Milhoan said. “Let that sink in, the current public health plan is asking our own body to make a cardiotoxin.”

COVID-19 can also cause myocarditis, according to some studies, though other research has challenged that view.

Dr. Harvey Risch, a professor emeritus of epidemiology at the Yale School of Public Health, presented data from the CDC that show young people face little risk from COVID-19.

“When you have such low or nonexistent mortality in these low age groups, the potential severe adverse effects of the vaccine will surmount the nonexistent mortality of these age groups and therefore, what we’ve been told, that everybody has to be vaccinated … had no reason to be there in the first place, because there was no mortality they were trying to prevent,” Risch said.

The share was much higher among older people. Among those 85 and older, for example, the share was 24.6 percent.

Because vaccines have little to no impact on transmission or infection, the only point of getting vaccinated is for treatment, but most young people “had no reason to choose that when mortality from infection is orders of magnitude is much less than from vaccination,” Risch said.

As the vaccines have performed worse and worse against infection, health officials say they should still be taken to protect against severe disease.

But McCullough, chief scientific officer of The Wellness Company, said that no randomized, double-blind, placebo-controlled trial has shown the vaccines reduce hospitalization or death.

Such trials, known as RCTs, are generally considered the highest form of evidence for a drug.

Both the emergency authorization and approval for the vaccines have been on the basis of preventing infection. In fact sheets, prospective recipients are told the vaccines “have been shown to prevent COVID-19.” There’s no mention of severe illness or death.

Dr. David Gortler, a former official with the Food and Drug Administration, said that the best way to prove a drug has efficacy is long-term studies, which have not yet been performed on the vaccines because they’re so new.

U.S. authorities currently advise virtually all Americans to get a primary series, or two doses, of a vaccine. They also say that pretty much all Americans above the age of 4 should get a booster, and that many Americans should get multiple boosters. The currently available boosters are updated, but have no clinical effectiveness data. About 12 percent of Americans have received one of them, according to the CDC.