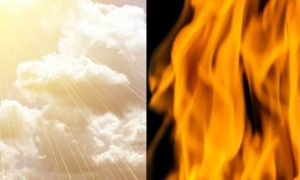 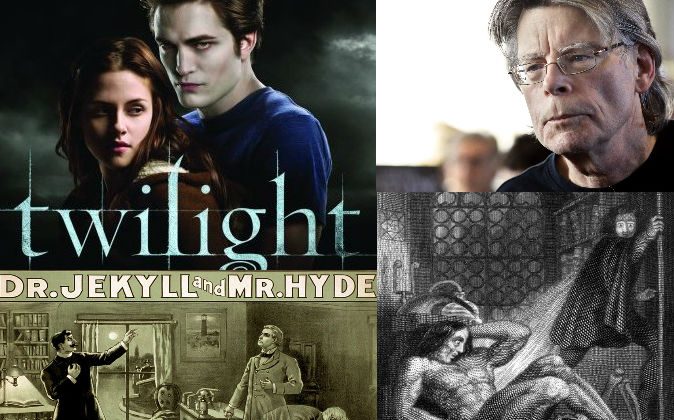 Inspiration, dreams, and fancy all seem to come from the same ethereal realm accessed by part of us that isn’t quite of this practical and mundane world.

These authors, however, weren’t merely inspired in the usual sense—their dream visions were unusually clear, and at least one them felt his famous work was partly written by someone else.

A poster for “The Strange Case of Dr. Jekyll and Mr. Hyde,” written by Robert Louis Stevenson after scenes were presented to him in a dream. (Wikimedia Commons)

Stevenson (1859-1894) said he had writers block, when he dreamed vivid scenes that became the base of “The Strange Case of Dr. Jekyll and Mr. Hyde.” Interestingly, he considered what he wrote consciously as coming from himself, but what he “wrote” in his dream as coming from “unseen collaborators.”

Stevenson described the process in “A Chapter on Dreams”:

“I had long been trying to write a story on this subject, to find a body, a vehicle, for that strong sense of man’s double being which must at times come in upon and overwhelm the mind of every thinking creature. …

“For two days I went about racking my brains for a plot of any sort; and on the second night I dreamed the scene at the window, and a scene afterward split in two, in which Hyde, pursued for some crime, took the powder and underwent the change in the presence of his pursuers. All the rest was made awake, and consciously …

“The meaning of the tale is therefore mine, and had long pre-existed in my garden of Adonis, and tried one body after another in vain … Mine, too, is the setting, mine the characters. All that was given me was the matter of three scenes, and the central idea of a voluntary change becoming involuntary.”

One of the scenes had been highly criticized, and Stevenson wrote that the scene “is, I am relieved to say, not mine at all.”

Shelley (1797–1851) had two dreams, one of which may have influenced her writing of “Frankenstein,” and the other of which certainly inspired her famous novel.

On March 19, 1815, she recorded in her journal a dream about her baby who had died, according to a Brandeis University biography: “Dream that my little baby came to life again—that it had only been cold and that we rubbed it before the fire and it lived.”

The other dream came when she was trying to think of a horror story for a friendly competition with a few other writers. It is usually described as a “waking dream.”

She described it in the introduction to her novel: “My imagination, unbidden, possessed and guided me, gifting the successive images that arose in my mind with a vividness far beyond the usual bounds of reverie.”

She saw “the pale student of unhallowed arts kneeling beside the thing he had put together.” The student had tried “to mock the stupendous mechanism of the Creator of the world” by giving the “spark of life” to a “hideous corpse.”

Steel engraving for the frontispiece to the revised edition of “Frankenstein” by Mary Shelley, published by Colburn and Bentley, London 1831. (Wikimedia Commons)

King was hit by a car in 1999 and spent months recuperating. In an interview with SFGate, he said he got the idea for his novel “Dreamcatcher” from dreams he had around this time.

“The first really strong idea that occurred to me after the accident was: four guys in a cabin in the woods,” King said. “Then you introduce this one guy who staggers into camp saying, ‘I don’t feel well,’ and he brings this awful hitchhiker with him. I dreamed a lot about that cabin and those guys in it.”

Meyer pulled Bella and Edward out of a dream, a brief scene in which a vampire and a girl met in the forest and talked of their love and its travails.

Meyer described the dream, which she had in 2003, on her website: “I woke up (on that June 2nd) from a very vivid dream. In my dream, two people were having an intense conversation in a meadow in the woods. One of these people was just your average girl. The other person was fantastically beautiful, sparkly, and a vampire.

“They were discussing the difficulties inherent in the facts that A) they were falling in love with each other while B) the vampire was particularly attracted to the scent of her blood, and was having a difficult time restraining himself from killing her immediately. For what is essentially a transcript of my dream, please see Chapter 13 (‘Confessions’) of the book.”

Meyer stayed in bed for a while thinking about the dream before getting up to prepare her children for swimming lessons. Later, she sat down to write for the first time in a long time, and “Twilight” eventually formed.

“Twilight” characters Edward and Bella tryst in the forest, much as they did in author Stephenie Meyer’s dream. (Magesomido via Compfight cc)