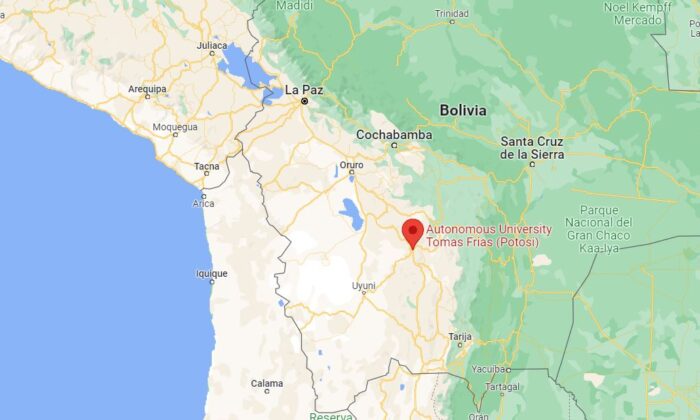 4 Die as Gas Grenade Sets Off Student Stampede in Bolivia

LA PAZ, Bolivia—A tear gas grenade set off during a university assembly in Bolivia triggered a stampede in which four students died and 50 were injured on Monday, officials said.

Tomas Frias University Rector Pedro López told Radio Panamericana that the students had gathered to elect new student body leaders at the school in the mountainous city of Potosi, some 420 kilometers (260 miles) south of La Paz, the capital.

“In the middle of the assembly, a tear gas grenade was detonated, which created a stampede,” he said. “Many students were trampled.”