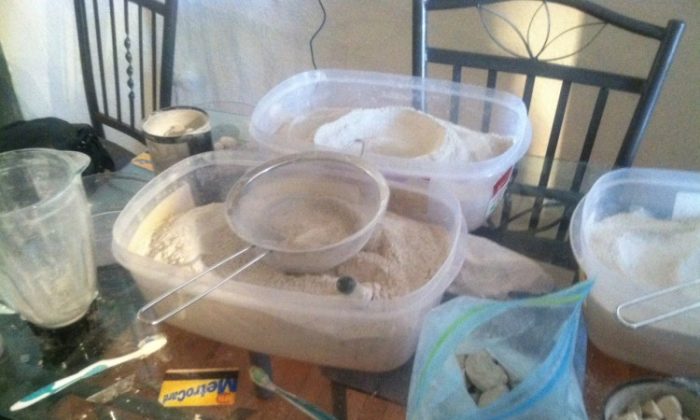 Heroin seen in containers with a foundation of a grinder, a sifter, and other drug selling tools. (DEA)
US

39 Kilos of Heroin Seized in Queens

NEW YORK—The NYPD and the Drug Enforcement Agency discovered 36 kilos, or 86 pounds, of heroin during a court-approved search in Queens.

The Wednesday evening search found 19 packages of heroin and a “makeshift assembly line,” including multiple buckets with grinders, sifters, and other paraphernalia, according to a release.

Heroin is known as one of the most addictive drugs in circulation and has a high street value.

Agents with the Drug Enforcement Agency locked down the location in Richmond Hill, Queens, after they detained an illegal alien who was seen wearing latex gloves and later pulled over smelling like heroin. They went into the apartment after receiving a search warrant from the court. DEA agents stopped the man’s car and detained him after he made “inconsistent statements.”

Such apartments are known as “heroin mills.” Special Narcotics Prosecutor Bridget Brennan said the heroin “would have ended up as millions of user-ready packets on the streets of our city.”