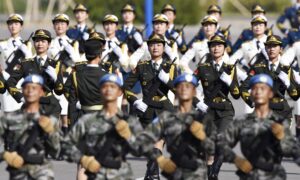 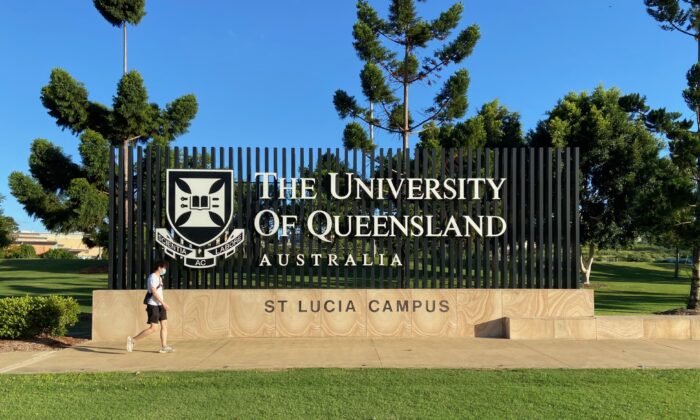 Over 325 academics and scientists in Australian universities and research institutes have been identified as alleged recruits of Beijing’s controversial overseas talent-recruitment programs.

Alex Joske of the Australian Strategic Policy Institute (ASPI), wrote to the Joint Committee on Intelligence and Security claiming that despite 325 individuals being identified, as many as 600 could be connected to Beijing-backed partnerships.

“Recruits are encouraged to transfer technology to China and commercialise it, including technologies with military and security applications,” Joske wrote in his parliamentary submission (pdf).

“Cases such as that of a Thousand Talents Plan scholar and former University of Queensland professor providing AI-enabled surveillance technology to authorities in Xinjiang highlight the human rights implications of such technology transfer,” he stated.

The Thousand Talents Plan is one of several programs backed by CCP-affiliated institutions aimed at enticing talented individuals to participate in research partnerships.

Most notably, former chair of Harvard University’s chemistry department Charles Lieber received $2.25 million over a three-year period from various Chinese institutions. At the same time, Lieber was also receiving millions of dollars in grants from the U.S. government.

“CCP talent recruitment activity in Australia may be associated with as much as AU$280 million in grant fraud over the past two decades,” Joske wrote.

“The Australian government, research institutions and funding agencies should seek to understand the extent of foreign talent-recruitment activity affecting them,” he added.

Over the same period, Zhao established the Qingdao Gelubo company in China’s northeast to develop and sell batteries–the same technology he was developing at UQ.

Zhao also became director at the Institute of Materials for Energy and Environment at Qingdao University. The Institute would later carry out research on bulletproof clothing, armour, and military-use protective materials.

Since 2015, Zhao has registered over 39 patents to his name and the above institutions, while Zhao registered zero patents during his time with UQ.

Generally, Chinese institutions will retain the patents to any research, invention, or intellectual property created in research partnerships, sparking concerns the work will be exploited for military purposes.

In 2017, Chinese leader Xi Jinping formalised his Military-Civil Fusion doctrine, which allows the CCP to repurpose civilian technologies for the People’s Liberation Army.

The ARC explained funding was not granted to individuals, but universities.

“The ARC expects the highest standards of integrity in all aspects of research it funds and the agency takes all allegations of wrongdoing seriously and investigates any allegations that come to its attention to ensure the appropriate expenditure of Commonwealth funds,” an ARC spokesperson told The Epoch Times.

“The ARC has not received any details of the allegations being raised,” he continued.

“All universities have obligations to ensure that appropriate due diligence is undertaken in relation to its employees, and that any research and intellectual property developed as a result of research is appropriately protected,” he added.

An ASPI report released in August found Australia was home to 57 “talent-recruitment stations” (recruitment channels) operating under the Thousand Talents Program, which was the second-highest number of stations in the world after the United States which had 146.

For years, the tertiary sector has received intense scrutiny for its reliance on the overseas Chinese student market, which is believed to have compromised free speech on campuses, and allowed Beijing to expand its influence.

Significant concerns have also been raised over the influence of the CCP via its Confucius Institutes with the suspension of pro-democracy student-activist Drew Pavlou by UQ touted as a prime example of the Chinese regime’s reach into the Australian university sector.