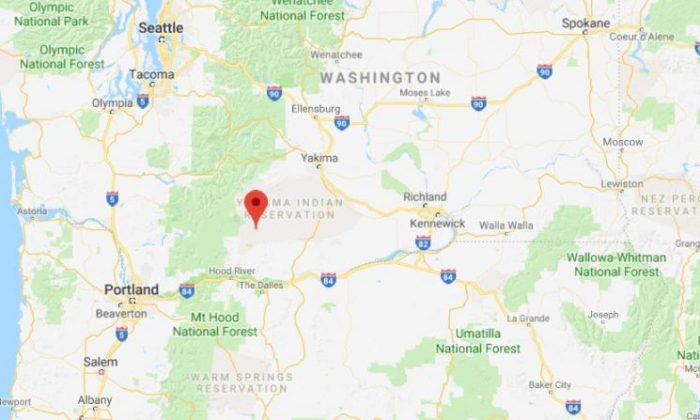 3 Washington Teenagers Arrested for Killing Deer, Using Them as Bait to Hunt Eagles

Police arrested three Washington state teenagers who were suspected of killing deer to use as bait to hunt for eagles, according to reports.

Washington Department of Fish and Wildlife Police posted a statement on Jan. 17, that a sheriff’s deputy discovered a loaded rifle, fresh blood, and deer hair inside a car close to the Klickitat River in Klickitat County.

“Officer Bolton responded to assist a Klickitat County Sheriff’s Deputy who had detained three juvenile tribal members near the Klickitat River with a loaded rifle in their vehicle. The deputy was planning to give a warning to the fifteen year old for the loaded rifle, but found that none of the occupants even had a drivers license,” the release stated.

“Bolton and the deputy searched the area for downed wildlife and soon discovered a relatively fresh doe deer on the hillside near where the suspects had parked,” the statement said. “Four older deer carcasses in various stages of decomposition were found in the same location. The officers learned that one of the young men shot the doe the night before by using a high powered spot light.”

The animal was put down near other carcasses to bait and shoot eagles.

When officers investigated, they found a 17-year-old hiding around the hillside. Then,”investigators learned he had been looking for an eagle that he admitted to shooting,” officials said. The eagle wasn’t recovered.

They forwarded the case to the county prosecutor’s office.