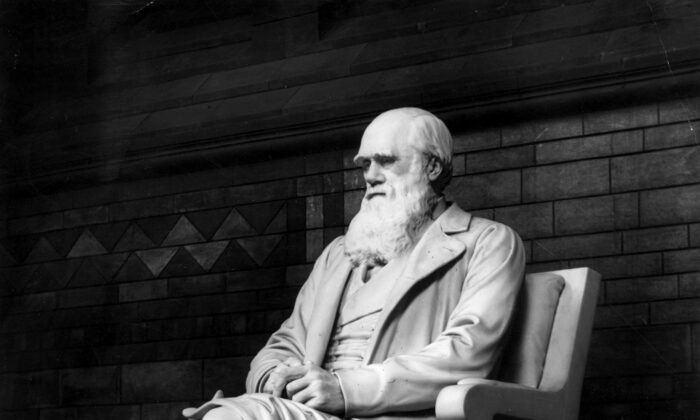 Researchers from the University of Melbourne have discovered that current understandings of evolution may not be correct after a study on an ancient Australian grasshopper species revealed new insights into the animal kingdom.

The researchers found that W. virgo, which employs parthenogenetic reproduction—a form of reproduction by females of a species that can develop eggs into embryos without fertilisation— was just as successful as its sexually reproducing relatives.

Lead author of the research paper, Prof. Michael Kearney said in a Melbourne university news release that the study’s findings are important because they challenge the current understanding of evolutionary theory. Evolutionary theory, as it is today, suggests that sexual reproduction has advantages over parthenogenesis.

“Most species on earth have two sexes, male and female, that mix their genes when they reproduce. This method of reproduction is thought to increase genetic diversity and ecological success of a species,” Kearney said.

“Parthenogenetic species in theory should be suffering from parasites and a high load of bad mutations. Our study finds no disadvantage to W. virgo compared to other species of grasshoppers that sexually reproduce.”

“In fact, W. virgo has even managed to successfully spread from the west to the east of Australia, unlike its sexual relatives.”

Co-author of the paper, Prof. Ary Hoffmann also noted that reproducing via male-female interaction can have costs.

“Finding a mate takes time and energy and comes with an increased risk of predation. If we can do away with males and still have viable offspring and the species thrives, then why do we bother with sex at all?” Hoffmann said.

The W. virgo is a green ‘matchstick’ grasshopper—a wingless subfamily of the grasshopper—that is native and restricted to Australia. It contains around 250 species and is named for its matchstick-like appearance.

Kearney said in an email to The Epoch Times that clones of a successful grasshopper type are theorized to develop bad mutations and a propensity for parasites because of their inability to shuffle genes through male-female reproduction. The inability to shuffle genes means that overtime a species’ environment can change in a way that renders it is unable to keep up through evolution.

“Parasites and diseases can evolve quickly and one idea about the advantage of sex is that it allows species to rapidly evolve new defences against them.”

Kearney said that another issue with cloning it that mutations continue to increase in a “ratchet-like manner.”

“Sexually reproducing species can combine two different bad mutations into one individual and when that individual dies the mutations get lost from the gene pool,” he said.

“But in the grasshopper we studied, there was no evidence for this happening yet, despite our estimate of its age to be 250,000 years,” he continued.

History of the Warramaba virgo

The researchers examined over 1500 genetic markers of the W. virgo to assess the species’ genetic diversity and found close to no variation in comparison to its sexually reproducing relatives.

“The species appears to have developed from only a single highly successful clone,” he said.

A Pursuit article written by Kearney and Hoffman said that from the number and nature of mutations amassed in the grasshopper, the team estimate that the clone was created approximately 250 thousand years ago. The lack of variation in the W. virgo indicates that the species was created through a singular case of interspecies breeding between the W. whitei grasshopper and the W. flavolineata grasshopper.

The research team have been studying the species for 18 years, but studies of this grasshopper have been conducted since 1962, when the son of biologist and geneticist, Professor Michael White, discovered it. White’s son, Nicholas, found the grasshopper near the New South Wales town, Hillston, and noted to his father that he could not find any males.

White confirmed that the species was parthenogenetic and established that there was a presence of the species in Western Australia, 2000 km from Hillston.

The species inhabits the southern parts of Australia’s arid zones, feeding on native plants such as mulga trees as well as other shrubs and bushes in the summer.

Why Sexual Reproduction Is So Common

Although a few species do reproduce via parthenogenesis in Australia, in general, parthenogenetic species are incredibly rare.

“Our research proposes this rarity is most likely due to constraints on origin rather than rapid extinction,” Kearney said.

The researchers have attempted to reproduce the W. virgo by breeding the W. whitei and W. flavolineata together, but the hybrid species created did not develop parthenogenesis. Kearney and Hoffman said that parthenogenesis may be an incredibly rare phenomenon, generally, because the hybrid state sufficiently disturbs normal egg development processes.

“So an embryo can’t develop by parthenogenesis from a single egg or two eggs that fuse because not all the genes needed for successful development have been switched on,” Kearney said.

“It acts as an in-built ‘protection’ from evolving parthenogenesis, though it’s not clear why genomic imprinting evolved.”

Furthermore, Kearney and Hoffman said that any future research into sexual reproduction should explore what prevents it from being lost rather than purely its advantages.

The results of the study were published in the journal, Science.