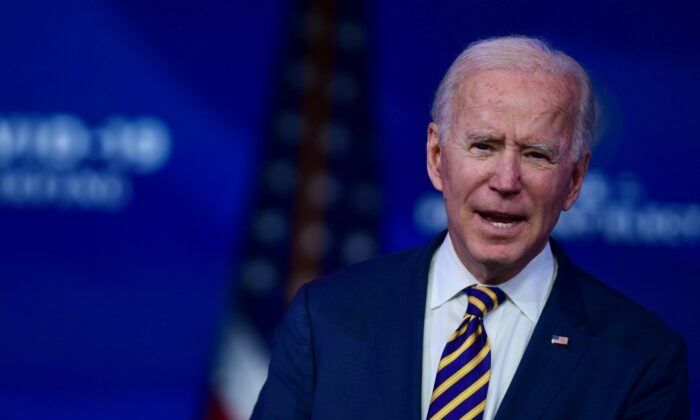 Lawmakers will gather on Jan. 6 for a joint session of Congress to formally certify states’ electoral votes for the president of the United States.

The 24 Louisiana House Republicans told Republican members of Louisiana’s congressional delegation in a letter why they believed that Biden-Harris electors from six states—Arizona, Georgia, Michigan, Nevada, Pennsylvania, and Wisconsin—were chosen in violation of the U.S. Constitution and the states’ respective laws.

In the six states, “unelected, unaccountable judges and other unauthorized persons set about to revoke election integrity laws thereby endorsing, enabling, and encouraging election fraud,” the 24 Republicans wrote in a Dec. 28 letter, released on Jan. 1.

“Every fake vote cast by, or on behalf of, an unqualified or non-existent voter for Biden/Harris robs an actual legitimate Trump/Pence voter and cancels out his or her vote,” their letter reads.

The state lawmakers said that when the six states “failed to correct fraud” and put forth their Electoral College slate of electors, it disenfranchises states like Louisiana “whose electors lawfully elected Trump/Pence.”

The letter goes on to outline at least 10 reasons why the representatives believe that the six states’ slates of electors should be rejected. Such reasons include how voters who were not residents of the states “were allowed to vote and their votes were counted,” anomalies in computer software, and how state laws “were ignored, not followed, or changed without the authorization of state legislatures,” in the November 2020 election.

The lawmakers also noted how in some of the states, counting abruptly stopped after midnight on Nov. 3, 2020, and then resumed “without adequate representation of all poll watchers.”

The reasons also included anomalies in select states, such as the case of Georgia where in one precinct, new boxes of ballots were found under a table after poll watchers left to go home.

“With such glaring irregularities, fraud, and abuse, it is of utmost importance to preserve the integrity of our election process and the confidence of the people by rejecting this contrived outcome,” they continued. “We cannot expect our republic to continue if we are willing to compromise the very safeguards put in place through state laws and our Constitution.”

“The failure of Congress to certify the results of these aforementioned states will allow an up-or-down vote of Congress to preserve our republic from the clear and present danger of the theft of our election system. When that vote in Congress arises, we are asking you to vote for the Trump/Pence ticket,” the letter concludes.

“Louisiana worked hard to protect election integrity,” state Rep. Beryl Amedee said in a statement. “For Congress to casually certify election results from states where blatant fraud was tolerated is offensive and unacceptable.”

State Rep. Valarie Hodges said in a statement: “Whether you are Democrat or Republican, honesty in the election booth should matter. The integrity of elections must be preserved if we are to remain a free nation. Every disenfranchised voter should contact their congressman and senators immediately.”

“We will never have another free or fair election if the fraud is not addressed now,” state Rep. Kathy Edmonston said in a statement. “Trust is destroyed in the system.”

The six states noted in the state representatives’ letter are among the seven states where Republican electors in December cast alternative votes for President Donald Trump, even though Biden was certified as the winner in the states. Republican parties of the states said the dueling votes were cast to preserve Trump’s legal challenges.

Sen. Josh Hawley (R-Mo.) and about 40 House GOP lawmakers have announced they would challenge the Electoral College votes on Jan. 6 due to alleged election fraud and irregularities. The challenge could lead to several hours of debate during the session.