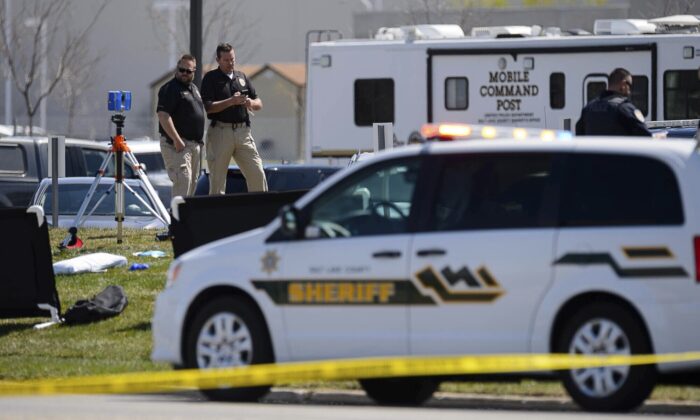 Officials had hoped to identify and rescue people who were “caught in the trap that is human trafficking or sex trafficking.”

Utah County Sheriff’s Lieutenant Jason Randall said at a press conference on Thursday that undercover officers had posted on social media platforms and responded to advertisements as part of the operation.

They then set up a meeting place in the northern part of Utah County and promptly arrested the suspects as they arrived. Some of these men reportedly arrived believing they would be meeting with a 13-year-old girl.

In total, officers arrested 21 people on a variety of trafficking and drug-related charges, including three men who were traveling to meet children for sex, one of whom possessed ropes, sex toys, and lingerie.

Meanwhile, three sex trafficking victims were identified and rescued, including an 18-year-old male who told officers he had come to the United States from Honduras. He told officers that he believed the suspects were going to help him but they instead “took his passport and cell phone” and “forced this young man into the sex trade.”

“He told investigators he thought he was working for his freedom and he felt trapped, with no way out,” officials said.

However, Randall told reporters that the arrests don’t even scratch the surface of Utah’s human trafficking problem and that officers will continue to conduct such operations

“This isn’t even the tip of the iceberg. This is like a snowflake on an iceberg. We are barely scratching the surface,” Randall said.”In total, I think we have four proactive operations that we’ll be doing throughout the course of the coming year,” he said.

According to the National Human Trafficking Hotline (NHTH), 64 human trafficking cases were reported in Utah in 2020, while 182 phone calls, texts, online chats, emails, and webforms were made to the hotline regarding trafficking.