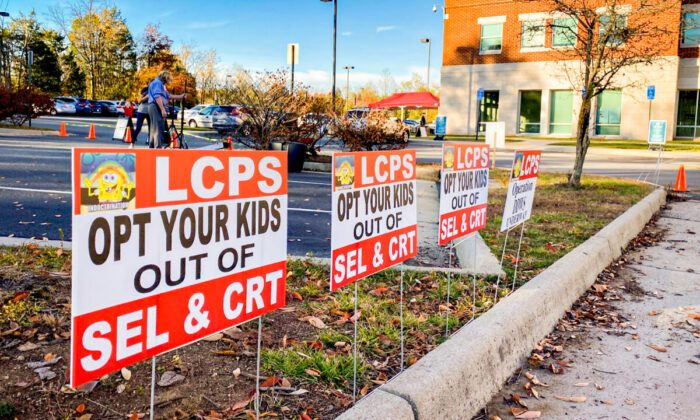 If 2010 was the year of the Tea Party, 2022 is the year of the Parent Party. Just ask NPR/PBS. According to their new poll, 60 percent of parents with children under the age of 18 say they would currently vote Republican, with only 32 percent preferring to vote Democrat. This political sea change is unprecedented, as parents have traditionally trusted that the Democratic Party had their children’s educational interests at heart.

Much like how a mother bear’s protective instincts kick in upon seeing her cubs threatened, mothers and fathers across America are determined to defend their children from the predatory politicization of our education system. Having deemed themselves “mama bears,” these parents have emerged from their political hibernation and are now focused on local, state, and federal elections.

Not normally engaged in the political process, this new demographic will stop at nothing to prevent unelected bureaucrats from having more of a say over their children’s education than they do. They’ve had enough of the remote schooling, critical race theory, mask and vaccine mandates, and the sexualization of their prepubescent youth. Whether it’s in Loudoun County, Virginia, where parents came out to vote in record numbers this past gubernatorial election, flipping the state from blue to red, or in San Francisco, where—in an unprecedented landslide—the city’s radically progressive school board was recalled, mama bears throughout the nation are activating.

As the classroom relocated to the home during the COVID-19 pandemic, parents were forced to take a more active role in their children’s education. This opened their eyes to the system’s indoctrination and failure to properly prepare their students for the future. Rather than focusing on reading, writing, and arithmetic, teachers were modeling a revolutionary worldview based on identity politics and anti-Western activism, presenting, for example, gender ideology not as one possible view among others, but as the morally superior view that the child must internalize and aggressively reflect in their behavior. This is social engineering.

There’s no end to the examples of dangerous brainwashing pervading both the public and private school system. But one thing is clear. The political pundits are entirely unprepared for this passionate new demographic who aren’t only coming out to vote and becoming educational advocates for their children but also running for local offices themselves. It doesn’t matter what their race or ethnicity is, whether they’re urbanites or live rurally, in an affluent neighborhood, or below the poverty line.

Parents are taking the initiative to monitor and be involved in the decision-making process of their children’s education by participating in the electoral process at a grassroots level.

The legacy media has either failed to cover or trivialized and downplayed the cultural threat posed by the unelected bureaucracy in its sustained effort to break down the primacy of “the family” as a value. This is ironic, because every week, there’s another video circulating on social media of mama bears showing up at their school board meetings, outraged by the revisionist histories taught about America, or graphic pedophilia, or sexualized content found in their child’s library or textbook.

Parents are going to make their voices heard in 2022. Where they might otherwise be busy with their careers or their kids’ extracurricular activities, they will now be working together to fight back against those that have been holding education hostage for decades. Instead of the top-of-the-ticket candidates for the Senate and governor driving people to the polls and grabbing the headlines, campaign contributions, and volunteers in 2022, the grassroots will be coalescing around school board races.

We live in the United States of America, where parents have a right to be involved in the education of their children, not Nazi Germany or communist Russia where the government had complete control over the education of the children. The curtain has been pulled back on the political agenda of the “experts” and school board members in charge of our education system. As a result, parents have started to elect candidates who will put their children first and limit the power of unelected bureaucrats to make decisions on local levels. The mama bears are shaking things up.

Mark Meuser
Follow
Mark Meuser is a constitutional attorney with the Dhillon Law Group and the California GOP-endorsed candidate for the United States Senate.