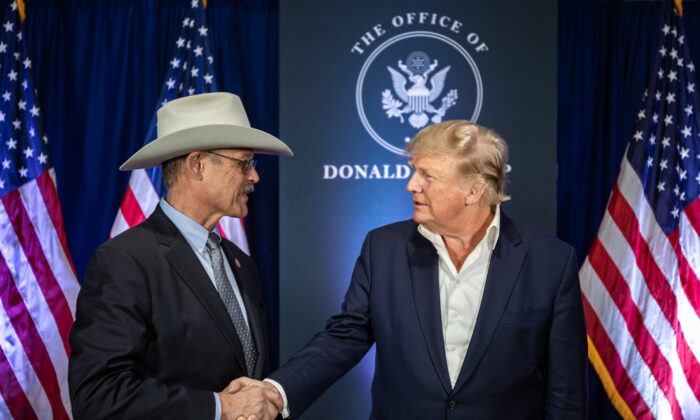 Nine of 10 bills filed in six states seeking to audit 2020 election results—including three that would have nullified Joe Biden’s victory—have fallen by the wayside as legislative sessions wind down.

Lawmakers in New Hampshire, Arizona, and Wisconsin filed 2022 legislation demanding the nullification of 2020’s election results with an audit to determine the winner. Only the embattled Wisconsin effort has a heartbeat.

New Hampshire’s House Bill 1484, sponsored by state Rep. Tim Baxter (R-Seabrook) advanced, got a hearing before the House Election Law Committee but, on March 12, the panel issued an “inexpedient to legislate” verdict, essentially killing it for the session.

Under HB 1484, New Hampshire would hire an independent third party to conduct a full statewide forensic audit of ballots cast in the 2020 election, with the multimillion-dollar cost covered by private donations.

While HB 1484 is dead, another bill seeking only to audit election results in Merrimack County has secured one committee approval and remains viable.

Arizona Rep. Mark Finchem’s (R-Oro Valley) House Concurrent Resolution 2033 seeking to nullify the state’s 2020 election was buried at introduction when state House Speaker Rusty Bowers (R-Mesa) assigned it for approval to all 12 House committees. It has not been heard by one.

The resolution calls on Congress to “set aside the results of the Maricopa, Pima, and Yuma County elections as irredeemably compromised and reclaim the 2020 Presidential Electors due to the irredeemably flawed nature of these elections that prevent the declaration of a clear winner of said presidential electors.”

He said, “They can’t see to bring themselves to consider the evidence that has been laid before them.”

Last year, Finchem survived two election recalls in part for his outspoken support for a failed resolution seeking to block the state’s 11 electoral college votes for Biden and instead accept “the alternate 11 electoral votes” for Trump.

“It is a case where if you don’t like the message, even if the message is right, you kill the messenger,” he said, calling for a ”show up or shut up public debate” with those who oppose a 2020 election audit.

“We have a great place, the Hyatt Regency downtown [Phoenix]. They have a ballroom that will accommodate 800 people,” Finchem said. “On the stage, pros and cons making their case. The problem is there are no cons who want to come, none have the spinal fortitude to show up, The pros will show. All I have to do is pick up the phone and tell them when to be there. This is who the cons are—they’re afraid they will be found out.”

As lawmakers, he said, it is their “solemn responsibility” to “safeguard the Constitution” and the sanctity of citizens’ votes. But not everybody agrees, he said.

No Basis in Law

“The people who fill the institutions, they love the status quo because this protects their power,” Finchem said, adding as far as he knows, Arizona is one of only “two states that recognize the Constitution and the pertinent judicial prudence and have received evidence—formally received evidence,” that the 2020 election should be nullified.

That other state would be Wisconsin where, on March 1, the Legislature’s Office of the Special Counsel published a 136-page report that lays out a legal argument that the “the Wisconsin Legislature could lawfully take steps to decertify electors in any Presidential election”; provides a method for private citizens to challenge the state’s voter rolls; gives power to certify elections to a “politically accountable body” rather than the governor and the elections commission; creates a way for presidential candidates to “assemble alternative slates of electors”; and allows post-certification challenges to election results.

Despite the report, Joint Resolution 120, filed by state Rep. Timothy Ramthun (R-Campbellsport) which calls for “reclaiming the electoral ballots for President and Vice President that were certified under fraudulent intent and purpose” has not advanced since it was filed Jan. 25 and referred to the House Rules Committee.

Ramthun maintains if the Wisconsin Legislature decertifies the 2020 results and rescinds the state’s 10 electoral votes it could begin a process that ends with Biden ousted from office. Critics, even some supporters, say the proposal has no basis in state or federal law.

Inaction on last year’s Legislative Audit Bureau (LAB) election analysis and demands for decertification have fostered division among Wisconsin Republicans with every member of Assembly GOP leadership issuing a joint statement accusing Ramthun and a staffer of spreading misinformation among lawmakers while continuing to demand House Speaker Robin Vos (R-Rochester) do more to overturn the 2020 election result.

As punishment, Ramthun was denied legislative aides until Feb. 20 when legislative aide Erin Yeager was assigned to his office “20 hours a week to take care of 66,000 constituents.”

Ramthun in February announced he would challenge “establishment” Republicans Kevin Nicholson and Rebecca Kleefisch for the party’s nod in the GOP August primary to take on incumbent Democrat Tony Evers in November’s gubernatorial race.

There is “unfinished business” in examining issues related to the 2020 presidential election and not investigating it further is “an assault on our Constitution and it’s a national security issue,” he said in announcing his candidacy.

Decertifying the 2020 election will be a key component of his campaign, Ramthun promised.

“I want everything to be revisited and reviewed fully and forensic because if we’re not going to get closure in 2020 and justice, we’re going to need to continue to pursue that in every election until we get it right,” he said. “I won’t stop until we have justice so I’ll keep poking. I’m all in.”

Correction: The Wisconsin special counsel report does not explicitly call for decertifying the 2020 election. The Epoch Times regrets the error.