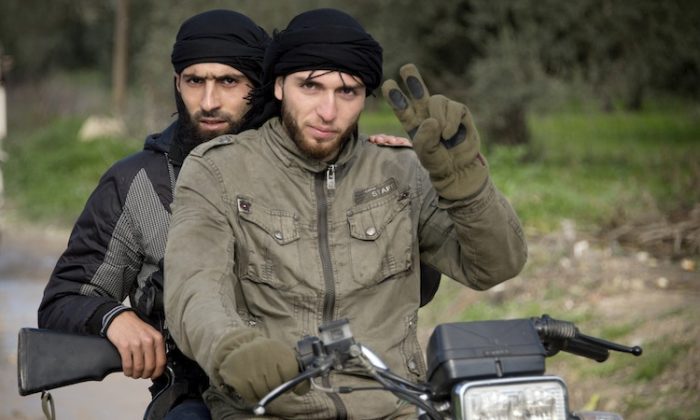 Protesters rally against Australia's carbon tax in Syndey on July 1, 2012 the day the tax was introduced. (Greg Wood/AFP/Getty Images)
International

Syria’s civil war escalated in 2012, boiling over into neighboring Turkey. A civilian death toll of about 40,000, and suspicions that President Bashar al-Assad may use chemical weapons (or already has), has drawn international concern. Foreign intervention is becoming increasingly likely. The United States and some European and Middle Eastern powers officially endorsed the rebel National Syrian Coalition on Dec. 12. If foreign powers arm rebels, the concern is that extremists may get ahold of the weapons.

Hundreds of missiles flew between Hamas and Israel in November, showing Hamas’s increased military capability. With the help of Iran, Hamas is now able to reach some parts of Tel Aviv and Jerusalem. Several Israelis died, while Palestinian casualties exceeded 100. Israel was able to intercept many Hamas missiles. Hamas’s allies have gained some strength in the region: the Muslim Brotherhood controls Egypt; Iran continues its nuclear program; civil war in Syria could see the rise of extremist power. The approval of 3,000 new housing units to be build in existing settlements by Prime Minister Netanyahu, who will run for re-election in 2013, will continue to increase tensions in 2013.

UNITED KINGDOM: A New Heir to the Throne

A new heir to the British throne will arrive in 2013. The pregnancy of Catherine, the Duchess of Cambridge, was announced in December after weeks of speculation. While under common law for the past 300 years the first son was designated heir, changes to the regulations accepted in 2011 gave sons and daughters equal rights to the throne. Just like their marriage, Kate’s pregnancy has already been and will continue to be followed closely by the press in the U.K. and abroad.

Silvio Berlusconi, 76, who was sentenced to four years in jail by a Milan court in October for tax evasion, shocked Italians in December by announcing that he will run for re-election. Berlusconi’s re-election bid will not only shake up Italian politics, but impact European politics and economic concerns. While outgoing Prime Minister Mario Monti was able to stabilize the Italian economy to a certain extent, Berlusconi already indicated he would undo Monti’s austerity measures.