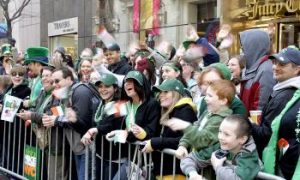 [xtypo_dropcap]I[/xtypo_dropcap]n Amherst, Wisc., 200 dead cows were removed from a farm on Sunday, with pneumonia the likely cause of death.

Preliminary tests by the farm's veterinarian suggested the cattle died from acute interstitial pneumonia, according to WSAW News.

The vet told the news agency the animals began dying last week and had not responded to any treatment.

The cows were moved off the farm with semi-trucks, leaving the owner Jerry Krupka with around $300,000 in losses.

“This was very devastating, because these cattle would come down with this pneumonia and would die and there wasn't anything you could do,” Krupka said in an interview with the Superior Telegram.

The Portage County Humane Society could find no evidence of abuse or neglect, and the Sheriff's Department said the deaths pose no threat to humans or animals, according to the Telegram.

Tests are being performed at a state lab in Madison to find the official cause of death.