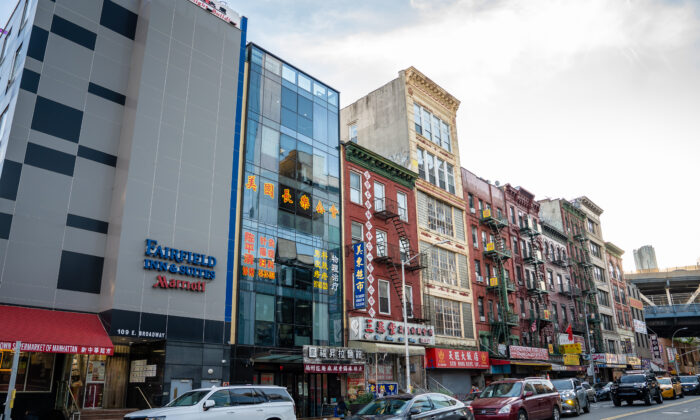 The newly identified sites are among more than 100 police outposts that are spread out across 53 nations.

The facilities have been used by the Chinese Communist Party (CCP) to carry out an illicit campaign of transnational repression, according to Safeguard Defenders, a nonprofit organization that published a Dec. 5 update to its findings from a previous investigation released in October.

“It should be a top priority of Secretary Blinken and Attorney General Garland to shut down these stations to protect our Chinese-American constituents and our nation’s sovereignty from foreign encroachment.”

Malliotakis was among several Republican lawmakers who issued a letter in October demanding explanations from Secretary of State Antony Blinken and Attorney General Merrick Garland for the facilities’ continued existence.

The Safeguard Defenders report found that four separate police departments in mainland China helped to create the facilities, which the regime began setting up in 2016. Those in New York and Los Angeles were established in 2018, and are overseen by the Wenzhou Public Security Bureau, located in eastern China’s Zhejiang Province.

The facilities were allegedly created to assist Chinese immigrants in foreign nations with tasks that would normally be handled by a consulate, such as renewing driver’s licenses and visas.

Increasingly, however, the stations have been linked to the CCP’s United Front Work Department (UFWD), an agency that works to advance the regime’s interests abroad by spreading propaganda, conducting foreign influence operations, suppressing dissident movements, gathering intelligence, and facilitating the transfer of technology to communist China.

Most notably, Safeguard Defenders linked the stations to the CCP’s Operation Fox Hunt, a transnational scheme designed to forcibly repatriate dissidents and other targets of the regime back to mainland China to face communist persecution.

The FBI warned in 2020 that Fox Hunt was a large-scale transnational repression scheme aimed at forcibly repatriating Chinese dissidents through harassment, threats, intimidation, and outright force. In many of these scenarios, the regime attempted to play on racial and cultural loyalty to China, through which it thereby weaponized the Chinese diaspora against itself, urging Chinese living abroad to turn one another in.

Speaking at a November hearing, FBI Director Christopher Wray said that the stations were a violation of U.S. sovereignty and were being investigated.

“I have to be careful about discussing our specific investigative work, but to me, it is outrageous to think that the Chinese police would attempt to set up shop—you know, in New York let’s say—without proper coordination,” Wray said.

Wray didn’t comment directly on the legality of such facilities, but identified them as part of the CCP regime’s campaign of translational repression. The United States and 13 other nations have opened investigations into the facilities, and the Department of Justice has brought forth numerous charges against those allegedly working as unregistered agents of the CCP in the United States.

Meanwhile, the new Safeguard Defenders report discovered that a facility in Paris had directly engaged in at least one illegal campaign to compel a person to return to China, and likely assisted in 80 others. To give an impression of the scale of the effort, the report noted that the Qintian Public Security Bureau in Zhejiang Province claimed to have hired 135 overseas Chinese diasporas to assist in its mission.

The group also claims that Chinese police “persuaded” more than 230,000 Chinese “fugitives” to return to mainland China “voluntarily.” In many instances, this was done by threatening to punish family members of the accused who still live in China.

Wray explained that Chinese communist intelligence agents, acting both in person and through proxies hired in America, systematically engaged in “harassing, stalking, surveilling, blackmailing people who they just don’t like or who disagree with the Xi regime.”

“We have seen plenty of situations … where the Chinese government, under the pretext of going after corruption, have essentially used that as a vehicle to surveil. We’ve had situations where they’ve planted bugs inside Americans’ cars,” Wray said.

“It’s a real problem and it’s something that we’re talking with our foreign partners about as well, because we’re not the only country where this has occurred.”

Speaking at a Dec. 6 press briefing, State Department spokesperson Ned Price similarly said that the Biden administration was aware of the stations and working to contend with the implications posed by the facilities both in the United States and abroad.

“Because this isn’t just a phenomenon in the United States, it’s something that we’ve taken note of around the world, we continue to be concerned about PRC transnational repression. We take this issue very seriously,” he added, using the acronym for the regime’s official name, the People’s Republic of China.

Likewise, Price said that it was unsurprising that the CCP would use such facilities as a means of extending its power over the Chinese diaspora, and that such maneuvers are in line with other illicit activities committed by the regime throughout the world.

“The report describes part of the PRC’s transnational repression efforts where PRC officials reach out outside their borders to harass, to surveil, to threaten individuals around the world, including in the United States, to silence those critical of its government,” Price said.

“It’s important to note that, even though you are referring to these so-called unofficial police stations, the underlying issues that these reports have surfaced are not at all new.”

The Justice Department didn’t return a request for comment by press time.