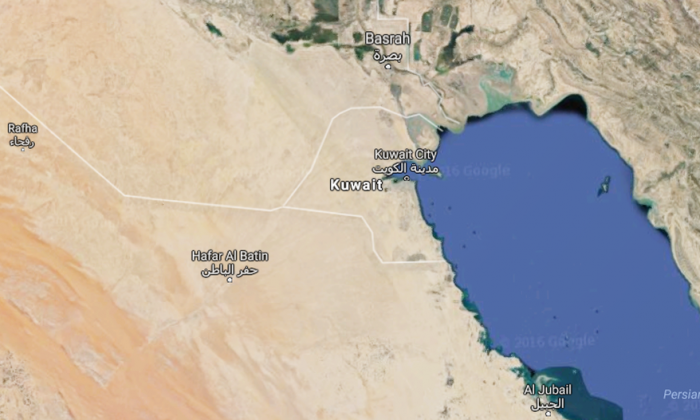 GENEVA — The U.N. weather agency says it suspects a 54-degree Celsius (129.2 Fahrenheit) temperature recorded in Kuwait has set a record for the eastern hemisphere.

The World Meteorological Organization said Tuesday it is setting up a committee to look into whether the temperature recorded Thursday in Mitrabah, Kuwait, was a new high for the hemisphere and in Asia. WMO’s Omar Baddour says it’s “likely” to be an eastern hemisphere record.

Last week, swaths of North Africa and the Middle East were hit by heatwaves that have become more frequent over the last half-century, and Earth is fresh off the hottest six months on record.

WMO says the world record high of 56.7 Celsius (134 Fahrenheit) was recorded at Furnace Creek in Death Valley, California, in 1913.

But according to NASA, the measurement of land temperature tells different story. “In five of the seven years—2004, 2005, 2006, 2007, and 2009—the highest surface temperature on Earth was found in the Lut Desert. The single highest LST recorded in any year, in any region, occurred there in 2005, when MODIS recorded a temperature of 70.7°C (159.3°F)—more than 12°C (22°F) warmer than the official air temperature record from Libya,” the agency says.

It adds: “But the Lut was not the hottest spot every year. In 2003, the satellites recorded a temperature of 69.3°C (156.7°F)—the second highest in the seven-year analysis—in the shrublands of Queensland. And in 2008, the Flaming Mountain got its due, with a yearly maximum temperature of 66.8°C (152.2°F) recorded in the nearby Turpan Basin.”