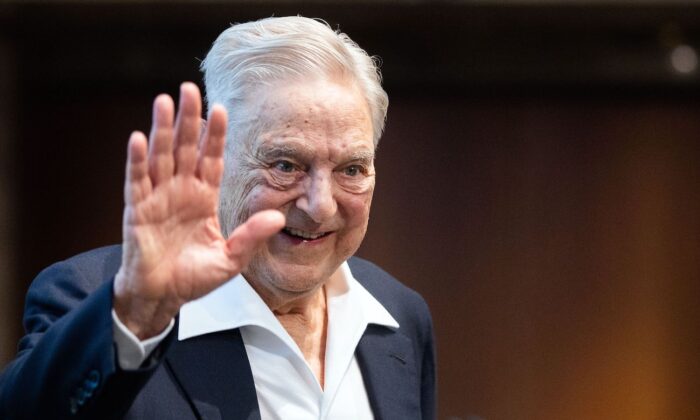 A former Trump administration official is leading a call that demands an immediate investigation from the Department of Health and Human Services (HHS) over an advocacy group’s use of $8.5 million taxpayer dollars.

Harrison, who is the former chief of staff of the HHS, wrote in his letter to the department dated Oct. 21, saying he is “deeply concerned” that taxpayer dollars may have encouraged illegal immigration to the United States, both at home and in foreign jurisdictions, “in the guise of federal grants.” Federal grants are banned under U.S. law from being leveraged, either directly or indirectly, to weigh on government positions on legislation or policies, including lobbying.

In a statement provided to The Epoch Times, the ex-Trump administration official said his “constituents’ hard earned money should never be used to illegally promote Biden’s disastrous open border policies that are harming countless Texans.”

“Despite statutory and regulatory restrictions on lobbying for recipients of federal funding from all federal agencies, forms submitted to the Internal Revenue Service by Alianza Americas appear to show activity in direct violation of the law and federal regulations,” Roy and Van Duyne wrote in an joint letter sent to HHS Deputy Inspector General Christi Grimm, calling for “a review of all grants received by Alianza Americas as well as the publicly disclosed actions” taken by the group.

Yet lawmakers said official grants from the Centers for Disease Control and Prevention (CDC) and the Health Resources and Services Administration (HRSA) totals $8.5 million over the past two years. CDC granted Alianza in February 2021 $7.5 million in funding, which will terminate in September 2025, “to reduce the spread of COVID-19 and mitigate impacts among Latinx and Latin American immigrants.” Since last July, the group had also received a total of $1 million from HRSA to “increase COVID-19 vaccine access” among local communities.

“I believe an immediate and thorough audit of that entity’s use of the funds from CDC and HRSA grants is warranted to ensure the federal funds are not being used for political advocacy, as appears to be the case here,” Harrison said in his Friday letter.

The Republican also cited the group’s 2019 tax documents, indicating Alianza Americas held “two congressional briefings” on immigration-related issues in Washington and made over 200 “visits to Congress” between June 2017 and September 2019.

“It appears that Alianza incorrectly stated on their IRS Form 990 that they do not engage in any lobbying when it appears that they do by getting their supporters to contact Congress to introduce or influence legislation regarding the status of illegal immigrants,” Paul Kamenar, counsel to the National Legal and Policy Center, told the Washington Examiner. “They are also required to file a separate form with the IRS detailing how much they spend on such lobbying activities.”

HHS and Alianza Americas did not immediately respond to a request for comment.