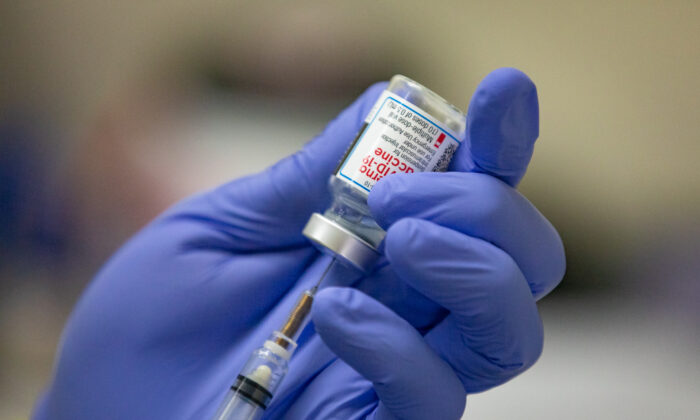 Two founders of Moderna and one of the top investors in the pharmaceutical and biotechnology company have made it onto Forbes’s list of the wealthiest people in the United States after developing a COVID-19 vaccine that has been used throughout the globe.

While the rest of the world struggled over the past year with a crumbling economy, job losses, and financial hardship, the 400 wealthiest Americans saw their collective fortune increase more than 40 percent, to $4.5 trillion, according to Forbes.

Among them were three prominent members of Moderna, whose COVID-19 vaccine was authorized for emergency use by the U.S. Food and Drug Administration (FDA) on Dec. 18, 2020. Since then, 152 million doses of the Moderna vaccine have been administered, according to the Centers for Disease Control and Prevention.

Co-founder and current chairman Noubar Afeyan, co-founder and board member Robert Langer, and investor Timothy Springer all made the Forbes 400 list for 2021, which requires a minimum net worth of $2.9 billion.

Springer, 72, is an immunologist and professor of biological chemistry and molecular pharmacology at Harvard Medical School, and he initially invested $5 million in Moderna in 2010. He now owns 3.5 percent of the firm’s shares and also has shares in three smaller publicly traded biotech firms: Selecta Biosciences, Scholar Rock, and Morphic Therapeutic.

Afeyan, 59, is the founder and CEO of life sciences innovation firm Flagship Pioneering, of Cambridge, Massachusetts. The engineer was born in Beirut to Armenian parents, but fled with his family to Montreal during Lebanon’s civil war in 1975. In addition to his stake in Moderna, he owns shares in more than a dozen publicly traded biotech companies in the United States.

Langer, 73, is a scientist and professor at the Massachusetts Institute of Technology, where he leads the eponymous Langer Lab. He holds a 3 percent stake in Moderna, as well as shares in SQZ Biotechnologies, Seer, and Sigilon Therapeutics, which he founded along with postdoc students from his lab.

Moderna, along with competing vaccine manufacturer Pfizer and its German partner BioNTech, have amassed billions of dollars in vaccine sales since the global pandemic began and have seen their share prices skyrocket.

Johnson & Johnson and Europe’s AstraZeneca have repeatedly said they don’t intend to profit from their COVID-19 vaccines.

Facebook founder Mark Zuckerberg—who this week defended his company’s internal research into the harmful effects its platform has on children—arrived in third place with $134.5 billion.

Despite the year-on-year wealth increasing for nearly all of those featured on the list, their generosity hasn’t increased, according to Forbes.