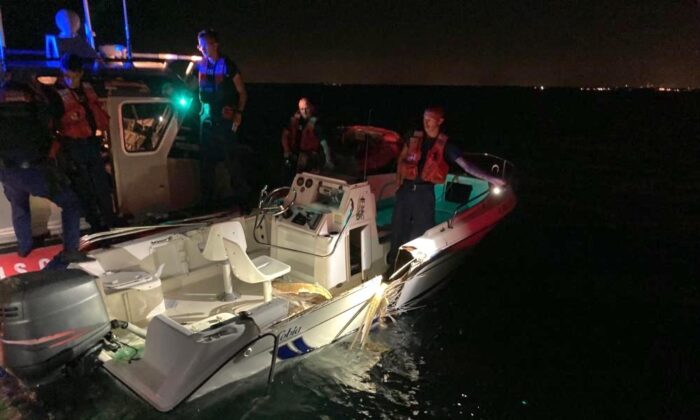 Two people have died and ten people were rescued after a two boats collided on Friday, off the Florida town of Key Biscayne.

The incident was alerted to the Coast Guard Sector Miami watchstanders by a person involved in the boat collision around 10:30 p.m.

At the time, the person reported that there were 12 people in the water about 1 mile west of Key Biscayne. The town is a few miles southeast of Miami.

Two of the survivors were critically injured, according to the release. A rescue swimmer helped the two and transferred one of the survivors to a Miami-Dade Fire Rescue crew, who brought them to the Jackson Memorial Hospital.

“On behalf of the Coast Guard and our partner agencies, we’d like to offer our sincerest condolences to the families and friends who lost their loved ones,” Lt. Cmdr. Benjamin Tuxhorn, search and rescue mission coordinator of Coast Guard Sector Miami, said in a statement on Saturday.

“The Coast Guard and our local partner agencies quickly responded and exhaustively worked together on this search and rescue case.”

It remains unclear what led to the collision. The Florida Fish and Wildlife Conservation Commission is investigating the incident, according to the release.