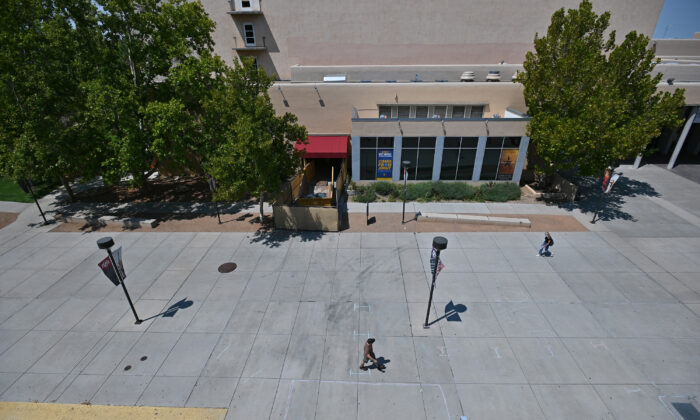 Two students walk on campus as classes begin at the University of New Mexico in Albuquerque, N.M., on Aug. 17, 2020. (Sam Wasson/Getty Images) 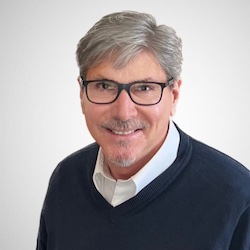 The federal government poured $190 billion into state coffers in 2020 and 2021 to help schools deal with the effects of COVID-19 on the nation’s education system.

While some school districts quickly spent the funds on things such as tutoring, teacher salaries, school bus Wi-Fi, and new HVAC systems, other districts have struggled to determine the best use for the money to meet federal program deadlines.

As the first of three spending deadlines approaches, a report examines the way the nation’s largest school districts have used the money so far and how much remains unspent.

As the rate of COVID-19 infections rose in early 2020, Congress created the Elementary and Secondary School Emergency Relief Fund (ESSER) to help the nation prepare for the threat to school operations.

ESSER was expanded twice over the following 12 months, reaching a total of nearly $190 billion. The allocations became known as ESSER I, ESSER II, and ESSER III.

ESSER I, which provided $13.2 billion to schools, was authorized in March 2020 through the Coronavirus Aid Relief and Economic Security Act to provide emergency relief for schools dealing with the coronavirus.

ESSER III expanded the fund by $122 billion in March 2021 through the American Rescue Plan Act to help safely reopen and sustain school operations and address problems in the student population caused by the disruption.

Funds were allocated to the states based on plans approved by the Department of Education. Amounts for each state were determined using the formula for Title I funding, which provides federal aid based on the percentage of children from low-income families.

Nonprofit private schools are eligible for ESSER funding through the local education agency in which they operate, usually a public school district.

By the end of 2021, state education agencies had received the largest single federal allocation for K-12 education in the nation’s history, more than three times the federal budget for education in 2019 and amounting to some $3,700 per student.

Ninety percent of that amount was to be passed through to local agencies, creating a $171 billion windfall for the country’s roughly 98,000 public and 32,000 private schools.

From 2020 through 2022, teacher shortages, school closures, quarantines, and remote learning took a toll on both educational achievement and student well-being.

The Nation’s Report Card, a periodic rating of student performance, showed a large drop in learning between 2019 and 2022.

Fourth-grade reading scores fell to 217 from 221 during that time, reaching their lowest level since 1998. Eighth-grade math scores dropped to 236 from 241.

The learning loss in math during that period was greater than that reported for children evacuated after Hurricane Katrina, according to the Brookings Institute.

Since returning to full-time instruction, schools have reported increased emotional and behavioral problems in students.

The first rounds of ESSER funding were intended to help schools prepare for and operate through the height of the pandemic, and the $122 billion in ESSER III funding was intended to address these and other problems resulting from the disruption in education during the early part of the pandemic.

ESSER funding guidelines are broad, leaving local agencies significant discretion to tailor spending to the needs of their schools and students.

According to the Department of Education, allowable activities could include providing mental health services to students who have suffered trauma or programs to re-engage students who had become uninterested in learning, even if that trauma or disengagement predated the pandemic.

Recruiting and retaining staff, including hiring teachers, improving compensation, and offering retention bonuses are allowed uses of the funds.

Some improvements to school buildings, including new construction, can be funded through ESSER if they involve removing unhealthy conditions from the learning environment, especially by improving air quality. Modifications could include new roofing, plumbing repairs, and radon or asbestos remediation.

Nearly any educational expense that can be linked to problems arising from COVID-19 and its aftermath could qualify.

For example, the COVID recovery plan for Vermont’s Winooski School District includes both $2.8 million for increased staffing and $4.4 million to replace HVAC systems.

The largest target of ESSER III funds so far is academic intervention to bring learning to pre-2020 levels or higher; that category accounted for 31 percent of ESSER III spending plans in the districts surveyed.

Planned interventions included after-school and extended day programs, which are slated for the highest level of funding at $6.5 billion. Another $1.7 billion is designated for tutoring programs, $1.6 billion to purchase instructional materials, and $1.9 billion for professional development for teachers.

The remainder targets a variety of instructional purposes, including early childhood programs, software, student assessments, and social and emotional learning.

Technology items amounted to 9 percent of the planned spending, mental and physical health programs for 7 percent, and the remainder was on miscellaneous categories including nutrition programs, bus Wi-Fi, water bottle filling stations, and athletic facilities.

Some state and local agencies have moved quickly to make use of their federal COVID-19 relief funds, while others have been slower to spend the money.

The Texas governor’s office withdrew its entire $307 million allotment of the Governor’s Emergency Education Relief Fund (GEER) on June 26, 2020. GEER is a federal education relief program similar to ESSER. Though no wrongdoing was discovered, the state voluntarily returned $68.7 million that hadn’t yet been awarded to grantees.

In other cases, local authorities have been slower to spend relief funds.

Administrative challenges, staffing problems, and the lack of strategic planning and operational capacity caused problems for more than 90 percent of school administrators, according to a McKinsey & Company report.

About $45 billion of the $190 billion total ESSER funds had been spent by November 2021, the report said.

By early December 2022, approximately, one year after ESSER III funds were released to the states, the school districts surveyed by Burbio had spent less than 25 percent of their allotment.

ESSER funds have an expiration date, the first being Jan. 28. So school districts must use or lose the remaining $145 billion in less than two years.

That spending is regular federal funding for K–12 education, which amounts to more than $60 billion a year, according to education data.

“Districts are experiencing pressure to spend quickly and also produce strong results. This leaves little time to think strategically about how to allocate these funds to maximize their impact,” an unnamed writer from the education consulting firm Afton wrote.

For ESSER I funds, school districts had to “obligate” the money, meaning contract to spend it by Sept. 30, 2022, and spend it within 120 days after.

School districts can apply for a 180-day extension on each spending deadline.

Some experts see a looming crisis for some school districts as enrollment trends down and the end of ESSER approaches.

While ESSER spending must relate to the impact of the coronavirus, guidelines are generous enough to allow spending on things that might be considered normal expenses, such as computers and teacher salaries.

“Any strategic leader recognizes the danger of allocating one-time funds for recurring operating costs, such as teachers’ salaries or instructional positions. If district leaders come to rely on this surplus of funds, they will be confronted with a deficit if the money isn’t available in the next year or two,” the Afton blog stated.

The New York City Department of Education has used a share of its $7 billion in federal relief funds for new or expanded programs that may not be sustainable without ESSER funding, according to a report by Advocates for Children of New York.

Those programs include a plan to double K–3 enrollment, expand access to summer enrichment programs, and increase the number of community schools.

New York mayor Eric Adams announced this month that he will delay cutting $80 million in funding for the city’s schools, which have seen a sharp decline in enrollment in recent years.

Nationwide K–12 enrollment in public schools dropped by 1.4 million between fall 2019 and fall 2020.

These trends could spell trouble for school districts over the next two to three years.

“The looming prospect of a ‘fiscal cliff’ when the stimulus funding expires, along with longer-term declining enrollment trends, could create financial challenges for some districts down the road,” according to an article by McKinsey & Company, a management consulting firm.