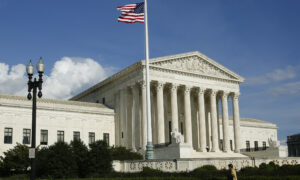 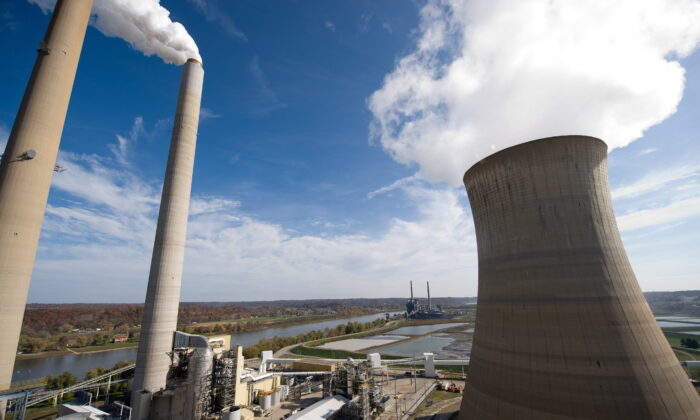 West Virginia and 18 other states are asking the Supreme Court to review the scope of the Environmental Protection Agency’s regulatory authority over greenhouse gases after an appeals court struck down a Trump-era rule months ago on carbon dioxide emissions from coal-fired power plants.

“The case, if granted, would be the biggest climate question to reach the Supreme Court in more than a decade,” according to Bloomberg Law. In Massachusetts v. EPA (2007), the Supreme Court gave the agency the power to regulate greenhouse gases.

The Jan. 19 decision by the U.S. Court of Appeals for the D.C. Circuit was a victory for left-wing environmentalists that helped clear the way for the then-incoming Biden administration to impose new restrictions on the energy sector.

The Clean Air Act “lacks the straitjacket” that former President Donald Trump’s EPA claimed narrowed the breadth of the agency’s authority when creating the 2019 regulation, the appeals court found. The 2019 rule would have forced states to make coal-fired units more efficient over time, but lacked binding CO2 reduction goals.

The Appeals Court ruling violates the U.S. Constitution’s separation of powers doctrine and will wreak havoc on the economy and the rule of law if the Supreme Court fails to act, West Virginia Attorney General Patrick Morrisey said in a statement on April 29.

“This wildly expansive power to regulate factories, hospitals, and even homes has tremendous costs and consequences for all Americans, in particular West Virginia’s coal miners, pipeliners, natural gas producers and utility workers as well as the countless others who rely upon their success,” said Morrisey, a Republican.

“If EPA lacks such expansive authority, as we argue, the Supreme Court should make that clear now. Any further delay will impose costs the energy sector can never recoup and force states to sink even more years and resources into an enterprise that is—at best—legally uncertain.

“The appeals court ruling seeks to transform EPA from serving as an environmental regulator into a central energy planning authority—yet it was never designed to have so much power over states and the livelihood of American families.”

The Supreme Court petition filed by the state-based coalition claims the lower court inappropriately interpreted Section 111 of the Clean Air Act as authorizing EPA “to sidestep Congress to exercise broad regulatory power that would radically transform the nation’s energy grid and force states to fundamentally shift their energy portfolios away from coal-fired generation,” according to a summary provided by Morrisey’s office.

The petition also asserts that the appeals court ignored a February 2016 stay on the rule instituted by the Supreme Court, which the coalition says “should have hinted that the high court viewed existing law as limiting EPA’s authority—not expanding it.”

The legal issue, according to the petition, is whether in approving “42 U.S.C. § 7411(d), an ancillary provision of the Clean Air Act, did Congress constitutionally authorize the Environmental Protection Agency to issue significant rules—including those capable of reshaping the nation’s electricity grids and unilaterally decarbonizing virtually any sector of the economy—without any limits on what the agency can require so long as it considers cost, nonair impacts, and energy requirements?”

The appeals court is “wrong,” the petition states. Its ruling allows “EPA to dictate huge shifts in most sectors of the economy even though nothing in the statute approaches the clear language Congress must use to assign such vast policymaking authority—assuming, of course, it can delegate enormous powers like these in the first place.”

EPA now can “set standards on a regional or even national level, forcing dramatic changes in how and where electricity is produced, as well as transforming any other sector of the economy where stationary sources emit greenhouse gases. Power to regulate factories, hospitals, hotels, and even homes would have tremendous costs and consequences for all Americans; EPA’s steps on remand and every regulation under the statute to follow will be shaped by this new and wildly expansive authority.”

An environmentalist group said there’s no reason for the high court to get involved.

“There is no basis for Supreme Court review. There are no standards in effect right now, and the Biden administration has been clear that any future standards will start from a clean slate,” Vickie Patton, general counsel for the Environmental Defense Fund, told reporters.

“These state Attorneys General seem to be wasting taxpayer money just to attack our nation’s clean air laws,” she said.

The Epoch Times reached out to EPA Press Secretary Nick Conger for his reaction to the legal filing.

“We have no comment as this is pending litigation,” he replied by email.