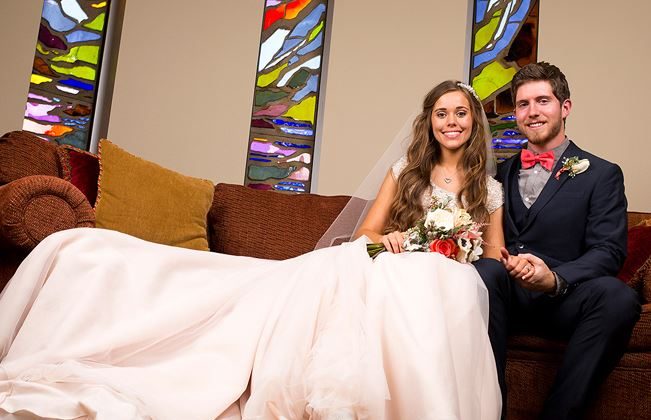 19 Kids and Counting Season 9 Extended for At Least 3 Episodes, Including Jessa’s Engagement (+Video)

The Duggar family show 19 Kids and Counting has had its season 9 extended by at least three episodes, after Jill’s wedding episode set a series ratings record.

The wedding episode, which aired on October 28, was originally billed as the season 9 finale.

The episode drew a series-record of 4.4 million viewers, including a 3.0 rating with women 25-54 and women 18-49, scoring as the top cable episode all night in all three of those categories.

TLC hasn’t renewed the series yet, but should at some point. For now the network seems content to just add episodes onto season 9.

The first episode is set to air at 9 p.m. EST on Tuesday night, and will feature on Jess Duggar’s engagement to Ben Seewald. The pair were just married in real-time on November 1.

“With two Duggar weddings down and 17 to go, is the family ready for another set of nuptials? Ben plans a special surprise scavenger hunt proposal for Jessa with each challenge relating to a special moment in their courtship,” according to the episode description.

Another episode will air at 10 p.m. EST. It’s titled “Dishing With the Duggars.”

“It’s been 10 years since the Duggar family opened up their home to television viewers. In this special, the entire family takes a look back and watch some of the series best moments, sharing their thoughts insights about their favorite moments,” according to the episode description.

A description for the episode has not yet been released.

Season 10 will likely feature the lead-up to the first pregnancy for Jill Duggar and Derick Dillard.

Jill recently revealed that cameras have been filming her and Derick, and that they might even film the birth live.

“They’re actually filming during our pregnancy, we’re also doing some little diary-cam, home video things, but they’ll be following us throughout our pregnancy,” Jill said during an interview on Fox & Friends.