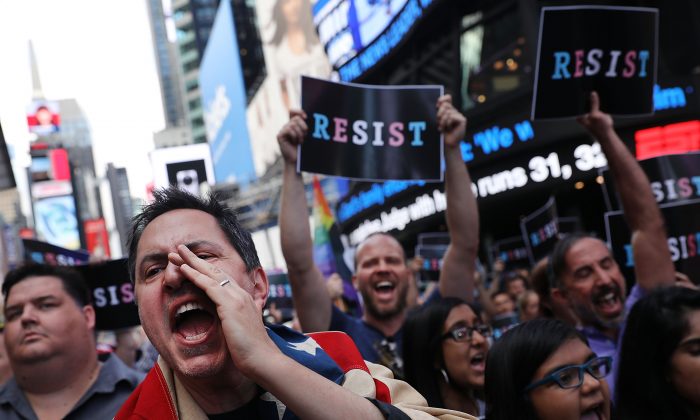 A coalition of 19 Democratic attorneys general has weighed in and favor a legal challenge to Trump-era rules that automatically exempt religious colleges from Title IX, the federal law prohibiting sex-based discrimination in federally funded education programs, if its provisions go against their religious tenets about sexuality and gender.

The class action lawsuit was brought in April by 33 LGBT students against the U.S. Department of Education, as well as a variety of evangelical Christian colleges they attended or tried to attend. The students alleged that those schools created an abusive and unsafe campus environment for them, because of Title IX religious exemption rules issued in 2020 by then-Education Secretary Betsy DeVos.

In an amicus brief (pdf) filed on Nov. 1, the attorneys general of 18 states and the District of Columbia support the students’ claim that the 2020 rules are unlawful. According to the Education Department, the rules expanded eligibility for the religious exemption to any educational institution “controlled by a religious organization,” and eliminated a requirement that faith-based institutions seeking an exemption file a written statement for the department’s approval.

“The 2020 rule changes are contrary to Congress’ objective in enacting Title IX, undermining anti-discrimination protections for the States’ students,” the attorneys general said, arguing that the suing students have been denied the right to know before enrollment whether the school would enact policies that restrict LGBT student life.

“In combination, the rules harm students, place them at higher risk of being victims of sex discrimination, and make it more difficult to hold schools accountable for the resulting harm,” the Democrats wrote.

The case is currently on hold pending potential changes to the rules by the Biden administration. In March, President Joe Biden issued an executive order, directing Education Secretary Miguel Cardona to “consider” suspending, revising, or rescinding his predecessor’s regulations about Title IX enforcement.

The legal effort to undo the Trump-era rules was met with opposition from conservative advocacy groups and Christian educational organizations, including the Council for Christian Colleges & Universities (CCCU), whose membership covers some of the colleges named in the suit.

“CCCU institutions subscribe to sincerely held biblical beliefs,” the CCCU said in a statement, “which include specific religious convictions around human sexuality and gender, and are transparent about their policies and behavior guidelines, which students voluntarily agree to when they choose to attend the institution.”

The institution warned that the lawsuit would strip federal financial aid from hundreds of thousands of students who wish to receive college education in places that share their beliefs.

“Seven out of 10 CCCU students receive federal funding, and the withdrawal of financial aid, including Pell grants and federal research grants, would have a disproportionate impact on low-income and first-generation college students, as well as students from racial and ethnic minority groups,” it said.

“This lawsuit wants the federal government to tell Christian schools, ‘To continue accepting students who have federal financial aid, all you have to do is to start acting contrary to your own beliefs,'” said ADF Senior Counsel David Cortman. “That’s neither reasonable nor constitutional.”