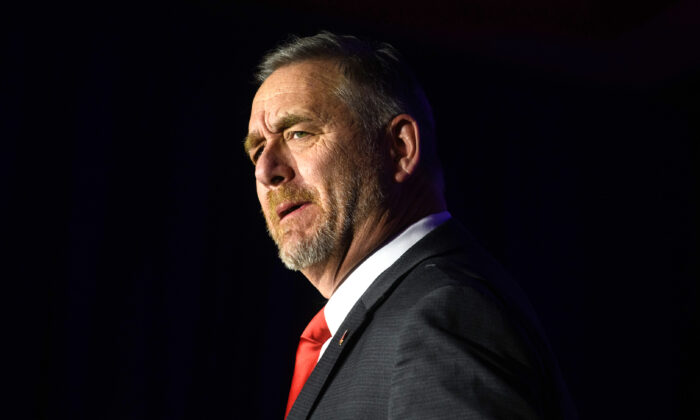 The GOP attorneys general of 17 states have filed a lawsuit against the Environmental Protection Agency (EPA) for reinstating California’s exemption from the 1970 Clean Air Act, a federal law that regulates air emissions from mobile and stationary sources.

According to the petition, the exemption allows California to regulate greenhouse gas emissions from motor vehicles under its Advanced Clean Cars program. The Golden State’s emission rules are one of the toughest in the country. The EPA’s decision allowing California to set its own rules can also force other states to follow suit, the attorneys general argued. There is also the issue of violation of equal sovereignty among states.

“The Act simply leaves California with a slice of its sovereign authority that Congress withdraws from every other state,” West Virginia’s Republican Attorney General Patrick Morrisey said in a statement, according to The Hill.

“The EPA cannot selectively waive the Act’s preemption for California alone because that favoritism violates the states’ equal sovereignty.”

Back in 1966, California became the first state to establish tailpipe emission standards in the country. Four years later in 1970, the Clean Air Act was authorized and California negotiated its own tougher emission standards with Congress. However, the waiver required the state to seek it out every year from the EPA.

California accounts for around 11 percent of all new car sales in the United States, according to the National Automobile Dealers Association, which gives the state big clout among auto manufacturers. California has used its influence to make car manufacturers design new models with stricter emission standards.

In 2019, the Trump administration revoked California’s waiver, stating that the move will allow manufacturers to produce cheaper and safer cars. The decision caused a split in the auto industry.

Brands like Chrysler, Fiat, Toyota, and General Motors sided with Trump while BMW, Honda, Volkswagen, and Ford reached an agreement with California to adhere to the state’s emission standards. This triggered an antitrust probe of these companies by the federal government.

When Joe Biden became president, he set a goal of making the country net-zero in greenhouse gas emissions by 2050. Under the current administration, EPA announced on March 9 this year that it was reinstating California’s exemption from the Clean Air Act.

“With today’s action, we reinstate an approach that for years has helped advance clean technologies and cut air pollution for people not just in California, but for the U.S. as a whole,” EPA administrator Michael S. Regan said in a March 9 press release.

Missouri Attorney General Eric Schmitt has slammed EPA’s California waiver, arguing that if the state is allowed to set standards nationwide, manufacturing cars would become “astronomically expensive” and the extra costs would be passed on to the customers, according to the LA Times. He also called California’s emission standards “oppressive.”